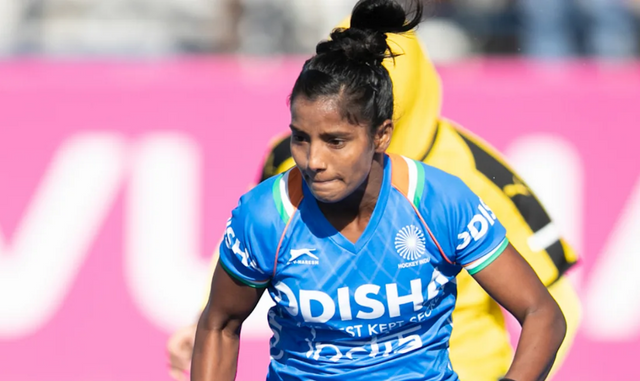 Teenager Mumtaz Khan was named the FIH Rising Star of the Year 2021-22 in the women’s category, the international hockey federation (FIH) announced on Tuesday.

Mumtaz Khan scored eight goals, including a hat-trick against Malaysia in the group stages, as the Indian hockey team finished fourth in the 2022 women’s junior hockey World Cup in South Africa. She was India’s top scorer in the tournament and the third-highest scorer overall.

The 19-year-old Mumtaz was also the leading goal scorer for the Indian women’s hockey team that played in the FIH Hockey5s Lausanne 2022. She netted five goals in four games, including a hat-trick against hosts Switzerland.

“I cannot believe that I have won this award. It is the hard work of our entire team over the year that has paid off, and I dedicate the win to my team,” Mumtaz Khan said.

“I feel the award is a sign that the hard work that I have put over the past year on the training grounds has helped me improve a lot as a player. But this is just the beginning of my career. I wish to continue the learning process and will continue the hard work to improve upon my game.”

Mumtaz Khan won 32.9 points in the final standings for the FIH Rising Star of the Year award, edging out Belgium’s Charlotte Englebert, who finished with 29.9 points.

France’s Timothée Clément was named the FIH Rising Star of the Year 2021-22 in the men’s category.