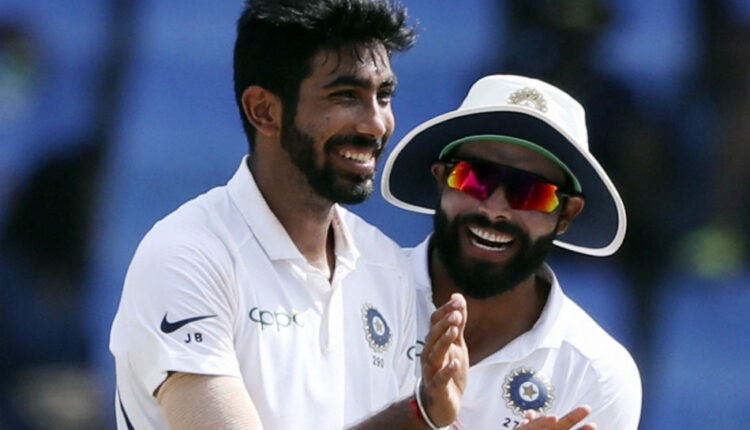 Sydney: Team India’s worst fears have come true. Frontline pacer Jasprit Bumrah has been ruled out of the fourth Test against Australia due to abdominal strain. The BCCI has not yet sent out an official press release.

India’s pace attack was already reeling with injuries to first-choice players Ishant Sharma, Mohammed Shami and Umesh Yadav but Bumrah’s injury might just knock them out.

Bumrah has taken 11 wickets at an average of 29.36 in the three Tests so far.

India all-rounder Ravindra Jadeja has been ruled out of 4th Test against Australia with a dislocated thumb, the Board of Control for Cricket in India said on Monday. Jadeja had suffered a blow to the thumb while batting in India’s first innings in the third Test at the Sydney Cricket Ground.

The BCCI, in a statement, said that Jadeja had gone for scans and results showed that he had dislocated his thumb. Jadeja is set to consult a hand specialist in Sydney before travelling back to India to the National Cricket Academy in Bengaluru for “further management of his injury”.

The series stands at 1-1 going into the fourth Test in Brisbane but an Indian team which has turned into a ‘mini-hospital’ would be walking away with a lot of pride.

A resolute Ravichandran Ashwin and a hamstrung Hanuma Vihari battled pain and a hostile Australian bowling attack while displaying the largely extinct art of Test-saving batsmanship to snatch a remarkable draw for India after Rishabh Pant raised visions of an improbable win at Sydney Cricket Ground on Monday.