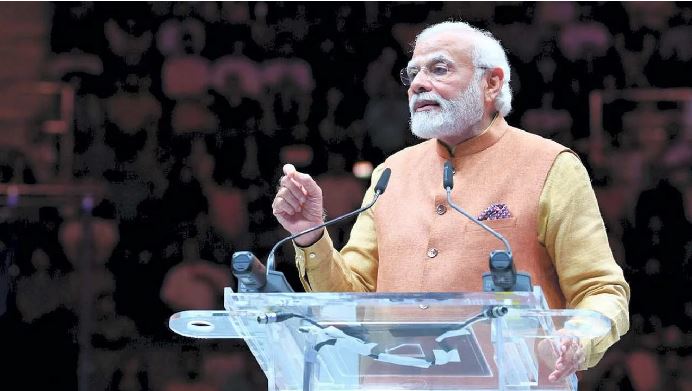 Delivering his speech at the Group of Seven meeting in Schloss Elmau, PM Modi noted India is the fastest-growing big economy in the whole world. But during this whole period, India did not let its commitment to the environment get diluted even a single bit.

“17 per cent of the world’s population resides in India. But, our contribution to global carbon emissions is only 5 per cent. The main reason behind this is our lifestyle, which is based on the theory of co-existence with nature,” he said at the session on ‘Investing in a Better Future: Climate, Energy, Health’. “When a large country like India shows such ambition, other developing countries also get inspiration. We hope that the rich countries of G-7 will support India’s efforts,” he added.

“G-7 countries can invest in research, innovation, and manufacturing in this field. The scale that India can provide for every new technology can make that technology affordable for the whole world. The core theories of the circular economy have been an integral part of Indian culture and lifestyle,” he said.

The Prime Minister went on to highlight how India has adopted the approach of one world, one health. During the pandemic, India found many creative ways to use digital technology in the health sector.

“G7 countries can help India to take these innovations to other developing countries …Apart from yoga, there is a valuable asset of traditional medicine in many countries of the world including India, which can be used for holistic health.”

Furthermore, he recalled how WHO recently set up its Global Centre for Traditional Medicine in India.

“This centre will not only become a repository of different traditional medicine systems all over the world but will also encourage more research in this area. It will benefit all the citizens of the world,” he said.

Prime Minister Modi is attending this year’s summit being held under the German Presidency. India is among the five partner countries invited to attend the G7 Summit.