India’s Biggest Hockey Stadium In Rourkela: See How It Will Look Like

Rourkela/Bhubaneswar: In a tribute to Sundargarh’s contribution to Indian hockey, Chief Minister Naveen Patnaik laid the foundation for India’s biggest hockey stadium in Rourkela. The stadium will be named after noted freedom fighter Birsa Munda and will co-host Hockey World Cup 2023.

It will be a benchmark in design for hockey, offering one of the finest spectator experiences. With a seating capacity of 20,000+, it will become the largest Hockey Stadium in India. 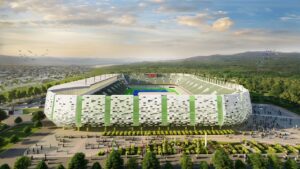 The new International Hockey Stadium in Rourkela, to be named after “Birsa Munda”, is going to be the most modern field hockey facility designed to host the Hockey World Cup 2023 tournament. 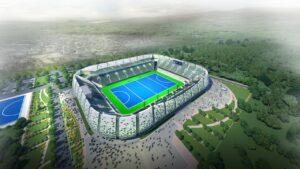 The Stadium site is located within the sprawling campus of Biju Patnaik University of Technology, one of the premier technical institutes of the State. The stadium is adjacent to the Rourkela airstrip, where the commercial flights are expected to start soon. 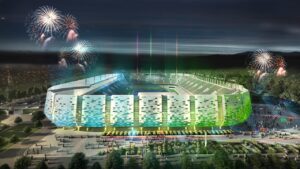 The Stadium will be a new benchmark in global stadium design for hockey, offering one of the finest spectator experiences in the world and, with a chaired seated capacity exceeding 20000, will become the largest Hockey Stadium in India. 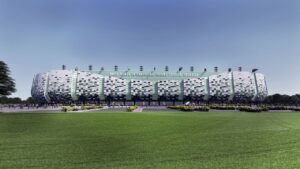 The stadium will be a model of green, functional, cost-effective design. Designed to deliver the best matchday atmospheres in the world, each seat will have uninterrupted sightlines and the spectators will be closer to the pitch than at any other hockey stadium in the world.

Working closely with Hockey India, every aspect of the technical and operational compliances have been met to provide a seamless facility to host the World Cup.

The Magnificent Women of Vedanta and Their Machines