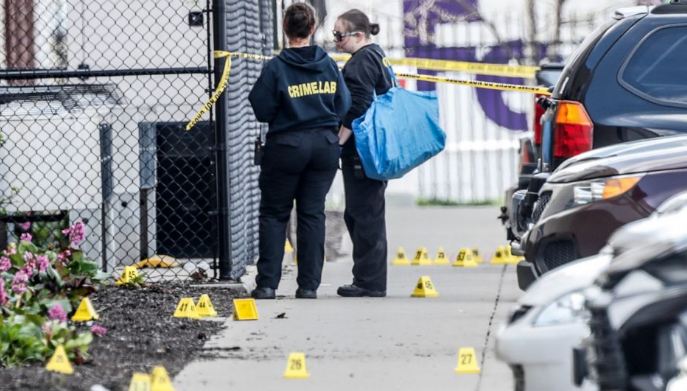 Indianapolis: At least four members of the Sikh community were killed in the Thursday night shooting at the FedEx facility in Indianapolis, United States, multiple news agencies reported citing locals. The police are yet to confirm the identities of any of the victims of the shooting that claimed eight lives and injured several others.

The Indian embassy in the United States also confirmed the killing of the people from Indian American Sikh community and expressed condolences to the families of the victims. “Indianapolis police have identified victims of the shooting incident, which include persons from Indian American Sikh community. Our consulate in Chicago is in touch with local authorities in Indianapolis and community leaders and will render all assistance, as required,” it said in a statement.

External affairs minister, S Jaishankar, also expressed shock over the shooting and said that the consulate general in Chicago is in touch with the Indianapolis mayor, as well as community leaders. “Will render all possible assistance,” he also said.

Police arrived “to a very chaotic scene, with victims and witnesses running everywhere” at a FedEx Ground facility near Indianapolis’ main airport late Thursday night, where a former employee shot and killed eight people and wounded several others.

Deputy Chief Craig McCartt on Friday afternoon identified the gunman as 19-year-old Brandon Hole, who was last employed by FedEx in 2020.

Hole was found dead of a gunshot wound that appeared to be self-inflicted, McCartt said.

In March 2020, Hole’s mother told law enforcement that he might attempt “suicide by cop,” the FBI’s Indianapolis office said in a statement.

Odisha: Technical Institutions Including Engineering Colleges To Be Closed From April 19