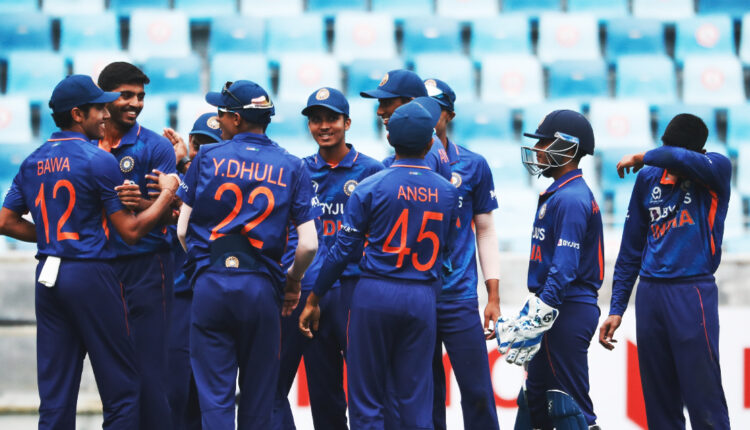 Dubai: Indian Under 19 side hammered Sri Lanka by 9 wickets in the final of the U-19 Men’s Asia Cup 2021 and sealed their eighth title at the Dubai International Cricket Stadium on Friday.

The match was interrupted by rain and Sri Lanka managed a paltry 108/9 in 38 overs. India’s adjusted target after the implementation of the DLS method was 102 runs, which they achieved without breaking any sweat.

Opener Angkrish Raghuvanshi (56*) scored an unbeaten half-century in what was an easy chase for the Indians.

The Sri Lanka batters looked completely at sea against the Indian bowlers, be it fast bowlers or the spin pairing of Kaushal Tambe and Vicky Ostwal. Both off-spinner Tambe and left-arm spinner Ostwal got the odd ball to turn sharply.

In the last eight editions of the U-19 Asia Cup before this, India had won the title seven times, which includes a shared trophy in 2012.

The team also owns the record of having never lost a final. In this edition, India finished second in the group, having lost to Pakistan, before beating Bangladesh to make the final.

President Kovind Extends Greetings On The Eve Of New Year