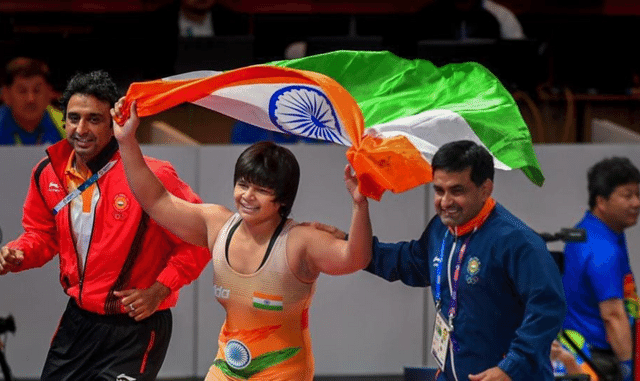 Kakran conceded two points in the opening seconds of the bout. However, she countered on the same move to lay down Lemalie’s shoulders to the mat.

As a result, she beat her opponent by a fall to secure her second bronze medal in Commonwealth Games.

This was India’s fifth medal in wrestling at the Birmingham Games. Earlier, Sakshi Malik, Bajrang Punia and Deepak Punia won gold medals, while Anshu Malik got a silver medal.

India’s Mohit Grewal will also be in action later today in a bronze medal bout. He will face Jamaica’s Aaron Johnson.