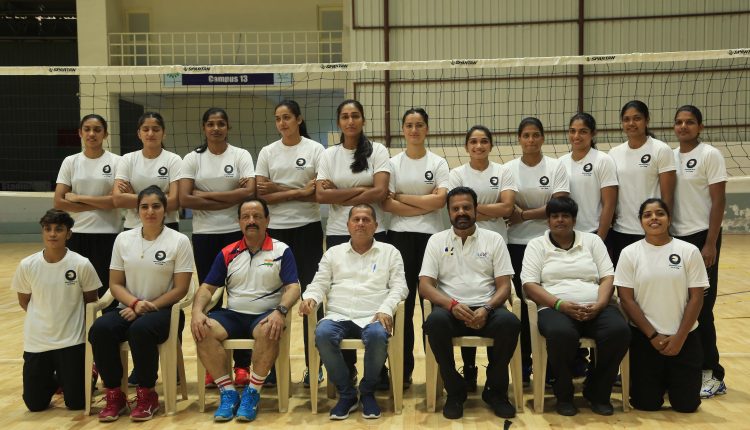 Volleyball Federation of India (VFI) had entrusted the Odisha Volleyball Association to conduct the Coaching Camp of 45 provisionally selected players which was held at Biju Patnaik Indoor Stadium, Campus-13, KIIT University, Bhubaneswar from 2nd May 2022 onwards.

After the successful conduct of Coaching Camp 14 players were finally selected along with 03 officials and will leave for Thailand from Bhubaneswar on 22nd  June 2022 to participate in “PRINCESS” 3rd AVC WOMEN CHALLENGE CUP Volleyball Championship 2022 at Nakhon Pathom, Thailand.

The Indian Team consists of Six players from Kerala, Five from Indian Railways, One each from Odisha, Rajasthan & Himachal Pradesh.

Prof. Achyuta Samanta, Hon’ble MP, Kandhamal, President Volleyball Federation of India and Founder KIIT & KISS has provided all kinds of help and support for the smooth conduct of the Coaching Camp. He also distributed the sports kit to all the players and officials and also extended his good wishes for their success.

The following players & officials will be representing the Indian Women’s U18 Volleyball Team.