Belgium: Mercedes-AMG DTM driver Arjun Maini had to end his weekend at the Zolder race circuit prematurely after suffering a damaged chassis through no fault of his own.

Maini, who is backed by Omega Seiki and J.K.Tyre, made a stellar start during the first race of the weekend in Belgium. The 23-year-old overtook four cars, moving up to 11th before ultimately becoming a victim of circumstance as the pack made their way into Turn 5. 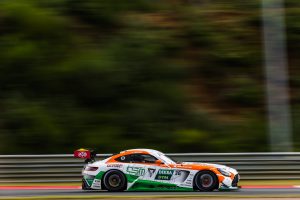 The DTM rookie, who at the time was locked in a battle with title protagonist Liam Lawson, as well as experienced campaigner Daniel Juncadella, was battling for 10th place before Juncadella made an uncharacteristic error, missing his braking point and hitting Arjun from the rear .The cascading result meant that both Maini and Lawson were taken out too, with ensuing carnage forcing all three drivers to retire before they could complete a single lap.

To rub salt into Maini’s wounds the damage sustained to his chassis was deemed so severe that the Indian had to miss the second race of the weekend entirely. Despite Juncadella’s public apology, the Mercedes-AMG driver was left bitterly disappointed after suffering yet another DNF.

“I’m obviously very disappointed by the end result as it means my weekend ended before even it started,” a palpably upset Maini stated.

“I made a great start and was able to make my way up to 11th, if it wasn’t for the incident, I’m sure I could have scored my first points of the season as I clearly had momentum on my side.

“Fair play to Daniel Juncadella for apologizing both privately and publicly. We all make errors at some point and it was unfortunate that I was caught up in an incident that had very little to do with me.

“There really isn’t much else to say and I’m looking forward to racing at the Nürburgring.” 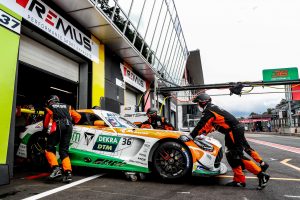 Maini’s debut in DTM has proved to be anything but smooth. The Indian driver has shown flashes of pace but has simultaneously had a large helping of bad luck thrown his way during the races so far.

The latest incident has to hurt the most as the Mercedes-AMG driver will leave Belgium without even having completed a lap of racing. However, with more than half a season of racing to go, Maini

is more than capable of securing a few strong results to round out his championship.

The next race of the 2021 season is scheduled to take place at the legendary Nürburgring circuit in Germany on August 20-22.