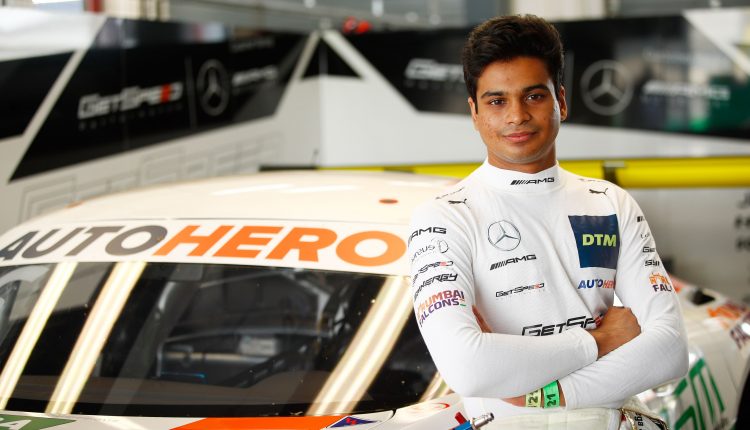 Germany: Mercedes-AMG racing star Arjun Maini made significant progress during the second weekend of the 2021 DTM season with the Indian topping Free Practice 1 and qualifying sixth for the first race before ultimately retiring due to damage sustained from a racing incident.

The Omega Seiki Mobility and J.K.Tyre backed driver made the most of his knowledge of the Lausitzring circuit, placing his Mercedes AMG GT3 race car in first and fourth during the two practice sessions on Friday before qualifying sixth for Race 1. While this represented a marked improvement from his weekend at Monza, the Bangalore-based driver had to take his place at the rolling start on the outside, meaning he had faced a distinct disadvantage heading into Turn 1.

The competitive nature of the DTM championship meant there was an intense battle for position at the start with Maini sandwiched between two drivers with his Mercedes being forced off the race circuit going into Turn 3. The Indian and his GetSpeed racing team had a mountain to climb and while their efforts did yield some success, Maini’s race was once again curtailed with the team having to retire him with ten minutes to go as they were worried about damage sustained to his brakes and potential engine issues after the incident on the first lap.

Sunday was just as eventful, with the Mercedes-AMG driver showing his speed once again. The Indian missed out on a potential front-row start after a mistake in sector three lost him valuable time, meaning he had to contend with a ninth place on the starting grid for Race 2. The former Le Mans’ driver spent a large chunk of the race battling Red Bull F1 reserve driver Alex Albon, with their intense squabble hampering both drivers and costing Maini his shot at scoring his first points in the series.

Speaking about the weekend Maini stated, “Despite the final result, I’m reasonably happy with how the weekend progressed. I think it’s important to remember that there are some very experienced drivers on this grid and racing wheel to wheel with them is both challenging and exciting.

“While we ultimately failed to score our first points of the season, I definitely feel like this weekend was a huge step-forward over Monza. My objective is to keep improving and hopefully, both the team and I can get our first points at next round in Zolder.”

With the likes of Timo Glock, Marco Wittmann, and Mike Rockenfeller now racing bumper to bumper with Maini, the Indian certainly has his work cut out for him. However, based on current pace and growing experience with just 4 races under his belt it is safe to say that a good result is just around the corner for the Mercedes-AMG man.

The third round of the 2021 DTM championship will take place on the weekend between August 6-8th at the Zolderrace circuit in Belgium.