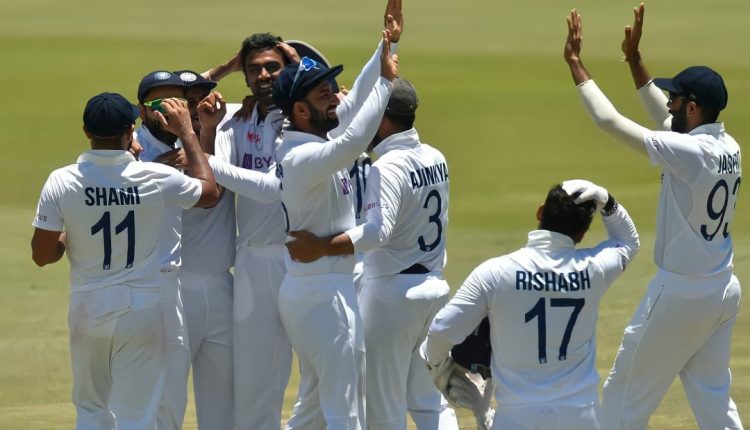 Centurian: Indian pacers continued to shine at Centurian, which led to an emphatic 113-run win in the first Test against South Africa on Thursday.

India has become only the third visiting Test team after England (2000) and Australia (2014) to win a Test match in Centurion, where South Africa have 21 victories in 28 matches in the longer format of the game.

India headed into Day 5, needed 6 more wickets to win the first Test after setting a 305-run target. There was a forecast of a couple of showers in the post-Lunch session but the weather gods smiled on India and the visitors made full use of the bright and sunny conditions on Thursday.

Quinton de Kock will be missing from the line-up from the next Test as he will be on paternity leave and it will certainly make it easier for India to claim their first series win in South Africa since they first toured here in 1992.

For India, the four pacers took 18 wickets between them and Ravichandran Ashwin wrapped up the South African tail just after the lunch session to complete formality.

The three men who won the match for India were, vice-captain KL Rahul for that first innings hundred that gave the team platform, supremely talented Mohammed Shami (5/44 and 3/63) who had a match-haul of eight wickets and peerless Jasprit Bumrah.

Bumrah is perhaps Indian cricket’s biggest gift, a freaky fast bowler, who can provide moments of magic as he did on fourth evening to close the match for India.

Mohammed Siraj and Shardul Thakur were the perfect supporting cast in one of the better and comfortable overseas wins for Virat Kohli’s men.