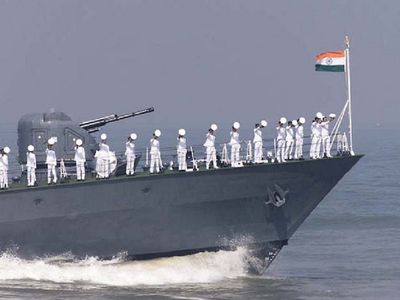 New Delhi: Frigate INS Talwar arrived at the Jubail port of Saudi Arabia recently, an Indian Navy spokesperson said. It will participate in a military exercise there.

The official said this underscores deep-rooted friendly ties and multi-faceted defence cooperation between the two nations. They said the ship will be undertaking a passage exercise with Royal Saudi naval forces on its departure.

Worthwhile to mention that Chief of Army Staff General MM Naravane visited Saudi Arabia in December last. This was the first-ever visit by a head of the military to the Gulf.

General Naravane had a wide ranging discussion with senior military officials there on bilateral defence cooperation between the two nations.