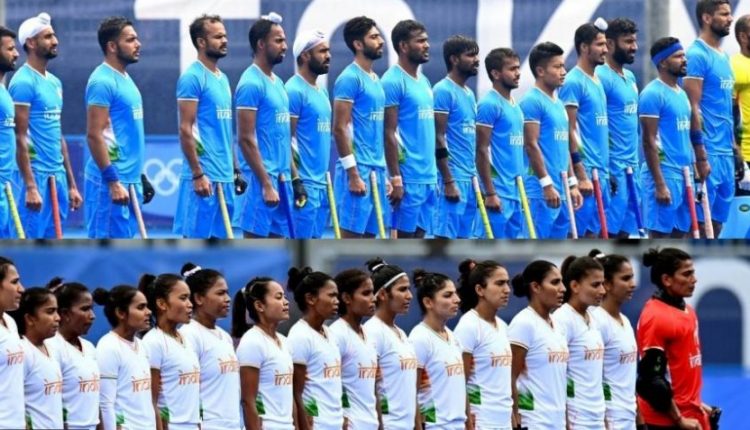 New Delhi: After a spectacular run at the Tokyo Olympics, the Indian men’s and women’s hockey teams have achieved the highest-ever world rankings at number 3 and 8 respectively.

While the men’s side claimed the bronze, the women’s team narrowly missed out a medal after going down to Great Britain in the hard-fought third-place play-off, to end at the fourth place.

The Indian men’s team, which ended a 41-year-old medal drought by clinching a historic bronze in the Olympics, was placed behind gold-medallist Belgium and silver-medallist Australia.

Manpreet and Co. had finished second in Pool A, winning four out of five group phase matches and defeated Great Britain 3-1 in quarterfinal before losing 2-5 against Belgium in their historic semifinal.

However, they staged a remarkable comeback to grab a 5-4 win over Germany to clinch a historic bronze medal at Olympic Games and as a result climbed up to their best-ever world ranking.

The women’s team pulled off arguably its biggest upset by beating world number 3 Australia in what was its first ever quarterfinal of the Olympics.

However, the women’s team lost both semifinal and the bronze medal play-off match against Argentina and Great Britain, respectively.