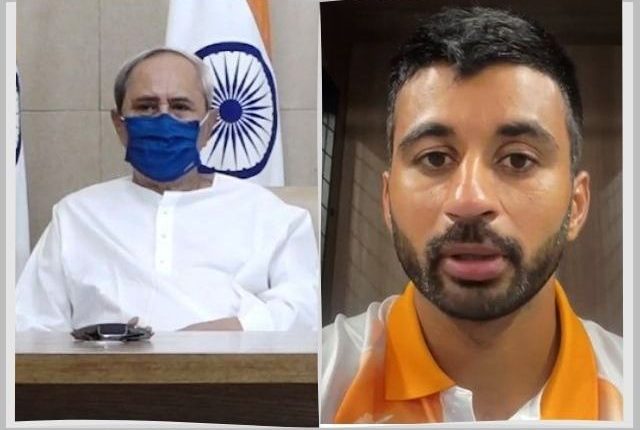 Manpreet, in a video message, expressed his special thanks to the Odisha CM for supporting Hockey players at a time when all others were fond of Cricket only.

Manpreet said: It’s a special moment for all of us as we finally achieved our dream of winning an Olympic medal and on this occasion, I would like to express our special thanks to Honourable Chief Minister of Odisha, Shri Naveen Patnaik Ji, who has supported us throughout this journey. His vision for Hockey and constant encouragement has helped us in achieving this remarkable feat for the country.

“While everyone was supporting cricket, Odisha CM chose hockey and today you can see the results of his vision,” said Manpreet and once again thanked the Odisha Chief Minister.

Responding to the India Men Hockey captain, Naveen tweeted, “A billion salute to the proud captain, Manpreet Singh, and entire team of Indian Men’s Hockey. Your second home, Odisha is looking forward to welcome you on 17th August.”

Odisha Chief Minister Naveen Patnaik on Thursday spoke to members of the Indian men’s hockey team over the telephone and congratulated them for winning an Olympic medal after 41 years.

The Indian men’s hockey team rewrote history as it secured an Olympic medal after 41 years, beating a plucky Germany 5-4 to secure the bronze in an edge-of-the-seat play-off match of the ongoing Games in Tokyo on Thursday.

Odisha is known for its love for Hockey. The State successfully hosted the Odisha Hockey Men’s World Cup Bhubaneswar 2018 and hosted the FIH Men’s Series Finals Bhubaneswar Odisha 2019 in June. Odisha has previously hosted the Champions Trophy 2014 and the Odisha Men’s Hockey World League Final Bhubaneswar 2017. Kalinga Lancers, the team owned by the State, is the winners in the Hockey India League 2017. Taking a step further towards realising the dream of restoring the glory of Indian Hockey at the global level, the State is sponsoring the Indian Hockey Teams till 2023