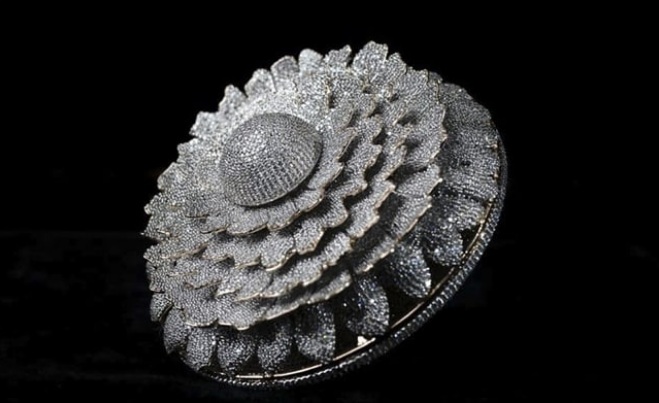 Called “The Marigold – The Ring of Prosperity”, the chunky circular band weighs a little over 165 grams (5.8 ounces).

Bansal said he got the idea two years ago while studying jewellery design in western city of Surat, India’s diamond hub.

In a statement, his company said that each tiny petal in the ring’s eight-layer flower design was unique.

The previous record determined by Guinness, also set in India, was for a ring containing 7,801 diamonds.