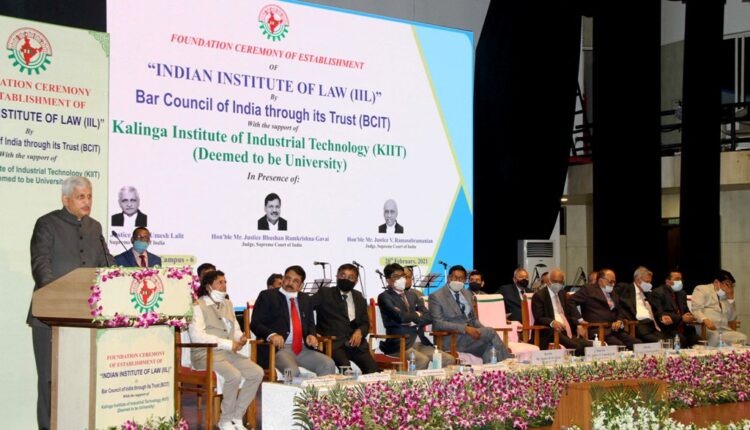 Speaking as the chief guest at the groundbreaking ceremony for the IIL in the KIIT area on Saturday, Justice Lalit said knowledge acquisition should never be stopped. Change in life is the only stable. Continuing education is important in all professions. This is a part of everyone’s life. IIL is the first institution to create a continuous stream of legal education. It simply came to our notice then. He highly appreciated the joint efforts of the Bar Council of India (BCI) and KIIT.

Joining as one of the guests, Supreme Court Justice Bhushan Ramakrishna Ghai congratulated the BCI and KIIT University for this unique initiative. He said the BCI had set up the first National Law University in Bangalore in 1988 to bring about a dramatic change in the quality of law education and engineering. Similarly, the establishment of the IIL will be a milestone in the history of the Bar Council, Justice Ghai said. He hoped that quality law teachers could be created in the country through IIL.

One of the guests, Supreme Court Justice Justice V Ramsubramaniam, said that there are now more than a thousand law colleges in the country, with more than 250,000 law graduates graduating every year. He said the IIL would bridge the gap between academics and the Bible. 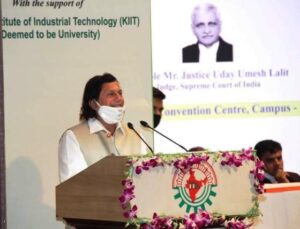 KIIT and KIIS founder Achyuta Samanta said it was a matter of pride and pride for Odisha to set up an IIL4 in Bhubaneswar. “I am very grateful to the BCI for accepting Kitty University as my partner,” he said.

Speaking at the event, Ashok Parija, Advocate General of Odisha and Chairman of the Odisha Bar Council, Special Committee, said that many changes have been made in the field of law education in the last three decades. Today, law education, such as engineering, medical and management, has also become a favorite of students, he said. 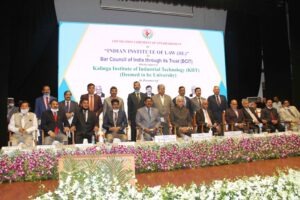 Many prominent Indian lawyers, including BCI and BCI trust officials and members, including many judges and former judges of the Odisha High Court, were present. Notably, the Indian Institute of Law will serve as a model institute for Law Teacher Training and Research in the field of continuing Law Education and Research. This is the first such institution in India.

A memorandum of understanding (MoU) has already been signed between KIIT and the BCI Trust on the establishment of IIL in Bhubaneswar. According to the MoU, KIIT will provide the required land in Bhubaneswar and will cover 60 per cent of the proposed 1.5 million square feet of IIL infrastructure.