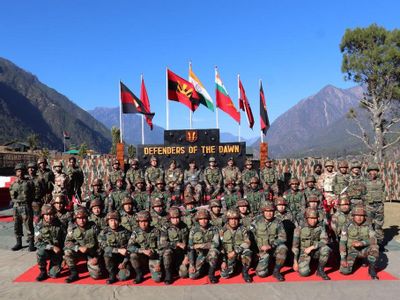 New Delhi: General MM Naravane said the sacrifice of Galwan bravehearts won’t go in vain. This was his  message on the 73rd Army Day.

Acknowledging that it has been a year of challenges, the Army Chief said that the force has stood steadfast in safeguarding the security and territorial integrity of the nation.

General Naravane said the brave officers, JCOs and soldiers have given a befitting reply to our adversaries.

He said the Indian Army has been swift and decisive in its response to counter any attempts to unilaterally change the status quo on the Line of Actual Control(LAC).

The Army Chief said the forces are taking rapid steps to acquire new capabilities and a large number of projects to acquire better technologies are underway.

General Naravane said the Indian Army enjoys a distinctive space in the hearts and minds of our citizens and hoped it will always remain strong and capable.