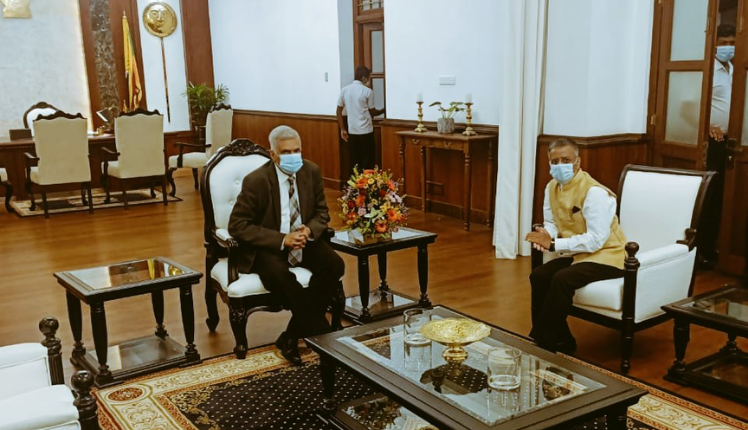 He conveyed greetings and good wishes to the new Prime Minister. Both the leaders discussed continued India and Sri Lanka cooperation for economic recovery and stability in Sri Lanka through democratic processes toward the well being of all the people of the island nation. The Indian mission in Colombo said that it continues to give visas to Sri Lankans.

“We are also committed to making it easier for Sri Lankans to travel to India. Sri Lankans are as welcome in India as in Sri Lanka”, Indian High Commission in Colombo tweeted.

Meanwhile, India on Thursday said that it hopes for political stability and looks forward to working with the Government of Sri Lanka formed by democratic processes under the swearing-in of Ranil Wickremesinghe as the Prime Minister of Sri Lanka.

After swearing in as Sri Lanka’s 26th Prime Minister, Ranil Wickremesinghe has said he looks forward to closer ties with India during his term and thanked India for its economic assistance to the country as it tackles the worst economic crisis since independence.

Wickremesinghe, 73, was sworn in as Sri Lanka’s prime minister to stabilise the country’s debt-ridden economy and end the political turmoil. New Delhi has committed more than USD 3 billion to Sri Lanka in loans, credit lines and credit swaps since January this year.

Four killed, over 20 hurt after bus with pilgrims on board catches fire in J&K’s Katra