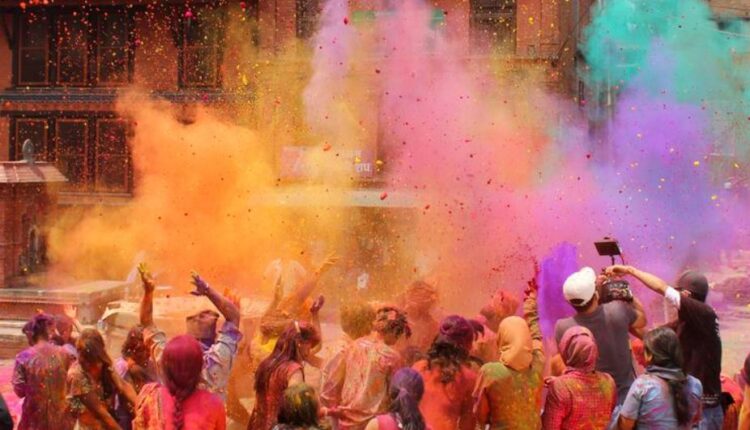 Holi is celebrated across India by applying ‘gulal’ (coloured powder) or by getting drenched in coloured water. It is celebrated with high enthusiasm and vigor. The day brings in unparalleled festive fervour and paints the hearts of people with happiness.

However, in some places, the festival begins days in advance. And any trip around India during Holi should begin with one of these places.

Mathura, the birthplace of Lord Krishna, is enveloped with a myriad of colours on the occasion. As such, it is undoubtedly the site of one of the best Holi celebrations in India.

Puri is one of the holiest places for the Hindus. Millions of devotees visit the grand Jagannath Temple to pray to the lord of the universe.  In Puri, Holi is known as Dol Purnima, which revolves around the deity. A palanquin of Lord Jagannath is carried out in a procession around the city a day before Holi. As part of the tradition, milkmen lead the festivities in the evening. A traditional local game called Dandi Khela is held as the Lord’s idol is placed in a tent known as Jhoolan Mandap.

People play Holi the next day. Special sweetmeats, such as pethas, are distributed. Before the end of the day, Lord Jagannath is returned to the temple after ceremonial bathing.

Vrindavan, which is to the north of Mathura, is daubed in multiple colours of the joyous Holi celebration. The Banke Bihari Temple is the centre of activity on Holi, but other parts of the town, too, present an energetic spectacle.

Barsana is a small town near the state’s border with Rajasthan. It is located approximately 50 kilometres to the northwest of Mathura. The town is famous for one of the unique Holi celebrations in India — Lathmar Holi (Hindi for ‘Holi of the sticks’).

Nobel Laureate Rabindranath Tagore started the tradition of Basanta Utsav (Spring Festival) at Shantiniketan near Kolkata to celebrate Holi. The annual event, which is held at the Visva Bharati University, is now a major cultural festival of the state. Many foreign tourists visit Shantiniketan, drawn to its cultural vibes and Tagore’s legacy.

The pink city celebrates Holi through ‘Gulal’ play and by worshipping Gods in the temple. Bhajans and hymns are chanted during the festival, creating a soulful impact on devotees. Customary Rajasthani folk dance and music also add to the gala celebrations.

Australia Qualifies For Semi-Finals As Lanning, Healy Star Against India

VP Underlines Importance Of Peace As A Pre-Requisite For Progress