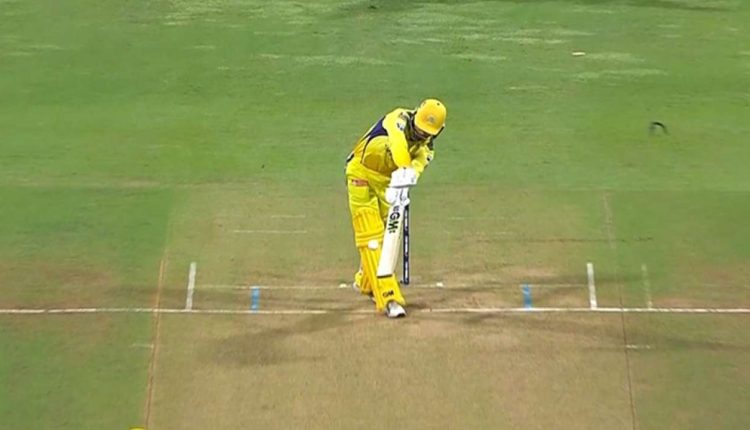 Mumbai: The Mumbai Indians secured a five-wicket victory against Chennai Super Kings in the 2022 Indian Premier League on Thursday. With the result not going in their favour, MS Dhoni’s men were eliminated from the race for playoffs; MI have already been out of contention for the same.

However, controversy erupted during the opening overs of the game when the Decision Review System (DRS) remained unavailable due to power issues, forcing CSK opener Devon Conway to leave the field after being adjudged LBW out. The replay showed that the ball might have missed the leg-stump, adding to the Super Kings’ frustration. Conway had been one of the most consistent performers for the side in their past three games, and his dismissal in the first proved a massive setback for the side.

The CSK fans were furious over the incident and took to social media to express their frustration, with former cricketers like Virender Sehwag also insisting that the ‘Men in Yellow’ were at a “disadvantage” due to the unavailability of DRS.

Indian commentator Harsha Bhogle, who had been at the venue as a member of the broadcasting team for Star Sports, issued a clarification on his official Twitter account over the incident. In a long thread, Bhogle explained why the DRS was unavailable despite the generators powering the lights inside the stadium.

“When you lose power, the generators come on automatically and that is how the coverage continues. But some machines need to reboot and that takes time and that is when DRS is unavailable. This is the situation all over the world. It has nothing to do with budgets or planning,” Bhogle wrote.

“I have been at many tournaments and bilateral games that have continued without DRS for a while. That is the global protocol. As soon as the machines are ready, DRS resumes. The production set-up here is world class. Sorry if that comes in the way of easy anger.

“The umpire probably got it wrong,it was called out,and everyone has off days.But I will say this. A lot of the comments (remember the outrage on the high full toss in the last over of DC vs RR) have arisen out of not knowing the laws. The umpire was right that day but copped abuse,” wrote the commentator.

The ‘DC vs RR’ incident that Bhogle refers to in his tweet was the no-ball controversy where Delhi Capitals captain Rishabh Pant and the side’s support staff signaled batters Rovman Powell and Kuldeep Yadav to come back to the dugout. A hip-high full-toss from Obed McCoy was whacked by Rovman Powell for a six, but the DC camp demanded it be called a no-ball for height. The on-field umpires stood their ground, saying the delivery was legal. DC eventually lost the match by 15 runs.