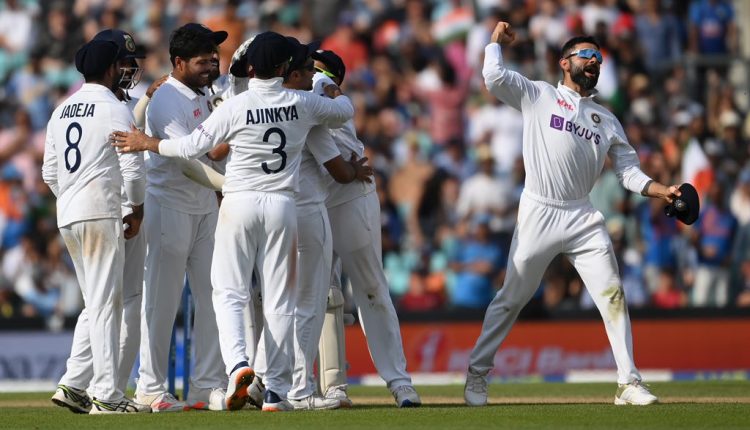 Oval: With the ruthless bowling of MEN IN BLUE crushed England by 157 runs and again made come back taking a 2-1 series lead on Day 5 of the fourth Test at The Oval on Monday.

England lost two wickets in the morning session after resuming on 77-0, Rory Burns falling for 50 on his Surrey home ground before Dawid Malan was needlessly run out.

With the match accelerating towards its conclusion, England started the second session two wickets down with a set batter in Haseeb Hameed at the crease and their in-form batter alongside him in Joe Root.

Moeen Ali soon followed Bairstow into the pavilion for a duck as he threw his wicket to Jadeja for the second time in the match.

England were bowled out for 210 in pursuit of a target of 368 on the final day, succumbing to the steady pressure built up by the Indian bowlers.

With India taking a 2-1 series lead over England at the Oval, the series now moves to Manchester’s Old Trafford for the fifth and final Test which will begin on September 10.