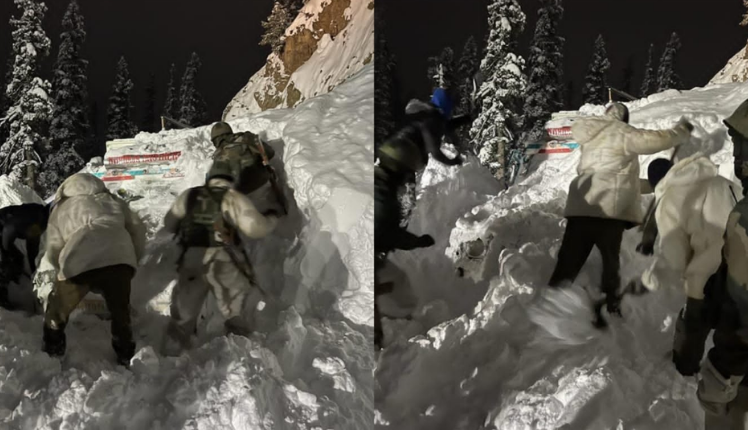 Srinagar: The Indian Army personnel have rescued 30 civilians, who were trapped in the snow near Khooni Nala in Jammu and Kashmir on the intervening night of Monday and Tuesday.

The civilians were trapped in the snow near Khooni Nala and SM Hill on the highway after fresh snowfall and two avalanches hit the Chowkibal-Tangdhar road.

According to Army officials, as soon as the information of civilians being stuck in their vehicles reached the troops at NC Pass, two avalanche rescue teams from Indian Army and a team of General Reserve Engineer Force (GREF) were mobilised.

Despite adverse weather conditions compounded by twin avalanches, 14 civilians were rescued and brought to Neelam and 16 civilians to NC pass, officials said.

All the rescued civilians were provided food, medical care and shelter for the night. Twelve vehicles were later retrieved during the day on Tuesday, post avalanche and snow slides clearance from the road. The entire rescue operation took about five to six hours.

How Quizbee is Merging Fun & Knowledge to Boost Learning Skills