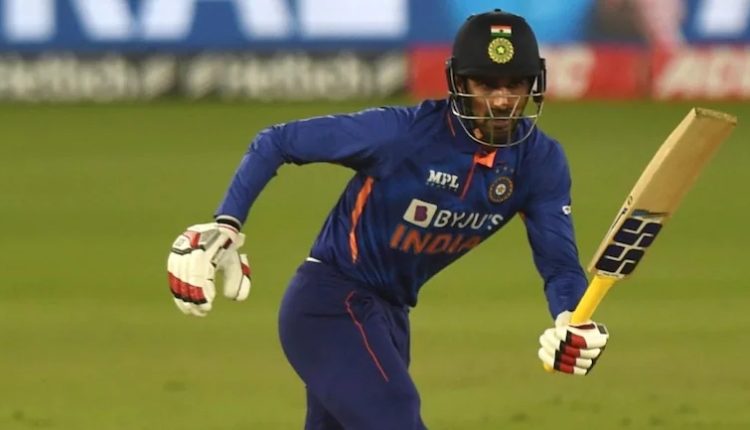 Dublin: India, on Tuesday, June 28, defeated Ireland by four runs in the second and final T20I of the two-match series at The Village in Dublin. Subsequently, the Men in Blue won the series 2-0.

Deepak Hooda hit a master-class maiden century as India survived a mighty scare before defeating Ireland by four runs in a nail-bitting high-scoring second T20 International to sweep the two-match series on Tuesday. Hooda scored 104 off 57 balls to become only the fourth Indian to hit a T20 International ton, while Sanju Samson contributed 77 off 42 balls to power India to a mammoth 225 for seven after opting to bat.

Ireland took the chase to the last over with skipper Andy Balbirnie (60 off 37), Paul Stirling (40 off 18), Harry Tector (39 off 28) and George Dockrell (34 not out off 16) shinning bright but they eventually fell short as rookie India pacer Umran Malik defended 17 runs in the final over.

Ireland started their run-chase on an impressive note after Paul Stirling and skipper Andrew Balbirnie put on 72 runs for the opening wicket off 5.4 overs. Stirling failed in the first game of the series but made amends with an 18-ball knock of 40.

Balbirnie also scored 60 runs off 37 balls and kept Ireland in the hunt for victory. The Irish team found themselves in a bit of a hole after Gareth Delany and Lorcan Tucker failed to make much of an impact.

From there on, Harry Tector and George Dockrell came out firing on all cylinders. Bhuveshwar Kumar removed Tector, who scored 39 runs off 28 balls. George Dockrell played a quickfire knock of 34 off 16, but his knock went in vain.