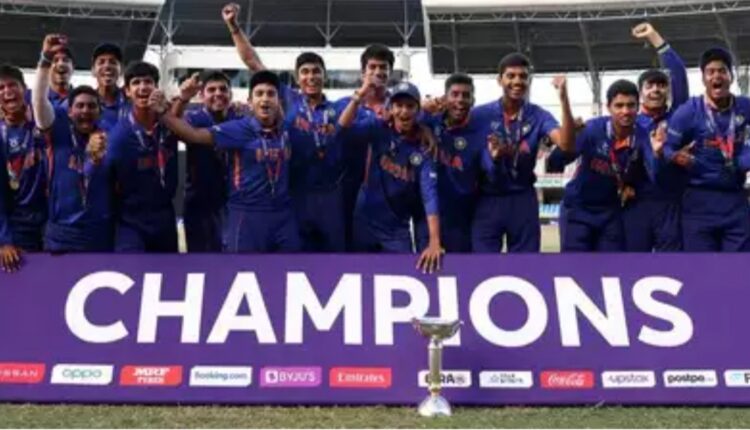 Antigua: India romped to a record-extending 5th U19 World Cup title after outclassing England in the final of the 2022 edition of the tournament at the Sir Vivian Richards Stadium in North Sound, Antigua on Saturday, February 5.

Yash Dhull’s men finished with an unbeaten run in the West Indies, flaunting the strength of the assembly line of next-gen India cricketers at the world stage once again.

The triumph bore resemblance to the exploits of world-class Indian U-19 teams of the past.