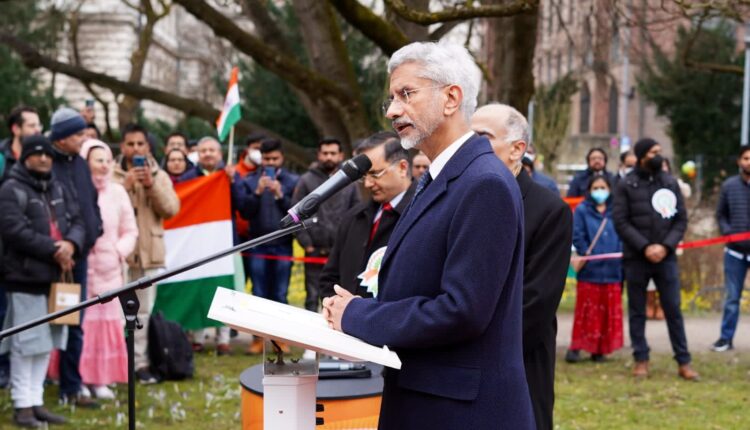 India Will Not Accept Any Unilateral Change At LAC: EAM Jaishankar At Paris

Paris: The Minister of External Affairs Dr S Jaishankar addressing the French Institute of International Relations (IFRI) in Paris spoke about the situation at Line of Actual Control (LAC) and underscored that India would not agree to any change in the status quo.

We had 13 rounds of discussion by military commanders focused on disengagement. As a result, we’ve made significant headway in many of the friction points. There are some friction points that still remain to be resolved said Jaishankar on the India-China border situation.On the prospects of China’s attempts to unilaterally alter the status quo, EAM highlighted that “We are absolutely clear that we will not agree to any change in the status quo, any attempt to change the LAC unilaterally by one side”.

With the formation of QUAD which is a grouping of like-minded nations (India, Australia, United States, and Japan) aimed to strengthen the independence and Security of Indo-Pacific, the prospects of a safer, independent, and rules-based order has been laid down in the Indo-Pacific.Reacting to this grouping which is not a military alliance, China always looks at QUAD with suspicion and blames the QUAD members for being anti-Chinese and for threatening the environment of Indo-Pacific.

Speaking on the significance of QUAD in Paris, Dr Jaishankar said, “The origins of Quad goes back to 2004. We had a tsunami then and the Quad countries coordinated in response to the tsunami and that coordination made a big difference and enabled us to back each other up and get relief support in a much more effective way”.”Quad will help in regional and global challenges. The thinking behind Quad was that the four of us are comfortable working with each other and have strong bilateral relations” added EAM.