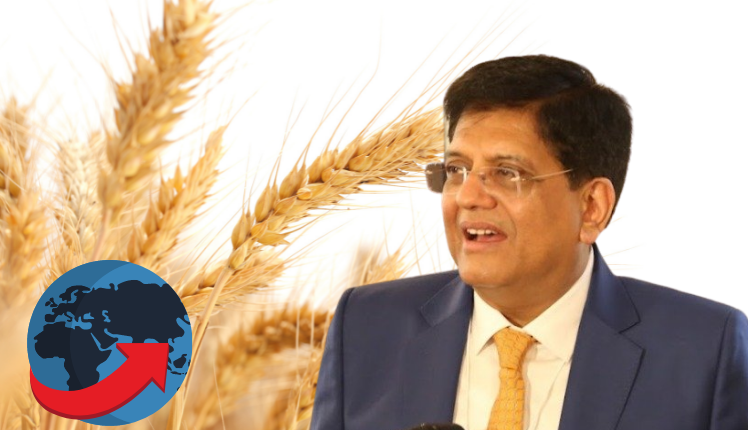 New Delhi: India will continue to allow wheat export to countries which are in serious need, are friendly and have a letter of credit, said Piyush Goyal, Union Minister for Consumer Affairs & Food and Public Distribution, Commerce & Industry, and Textiles while speaking at the World Economic Forum at Davos, Switzerland.

Goyal highlighted that while a 7%-8% rise in wheat production was expected this year, severe heat waves led to early harvest and loss of production. “Given this situation, what we are producing is about enough for domestic consumption,” Shri Goyal added.

India was never a traditional player in the international wheat market and export of wheat only began about 2 years ago. Speaking at the World Economic Forum at Davos, Switzerland, Shri Piyush Goyal, Union Minister for Consumer Affairs & Food and Public Distribution, Commerce & Industry, and Textiles said that last year 7 LMT wheat was exported and majority was done within the last two months when the war between Russia-Ukraine developed.

“India wheat exports are less than 1% of world trade and our export regulation should not affect global markets. We continue to allow exports to vulnerable countries and neighbors,” the Minister said.

Hardik Pandya’s Good Form For Gujarat Titans Is A Positive Sign For Team India Ahead Of T20I Series Against SA: Mohammad Kaif