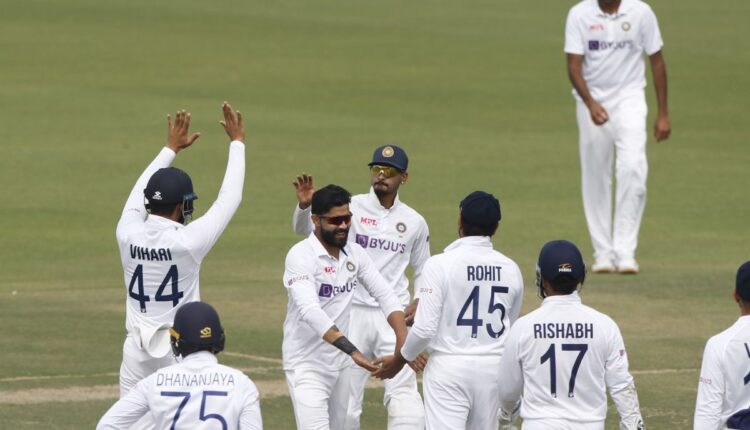 Bangalore: India will look for a series sweep when they take on Sri Lanka in the second and final Test in Bangalore from Friday (March 12).

The game will be a day-night Test played with pink balls. India lead the series 1-0 following an innings and 222-run win in the first Test in Mohali.

All-rounder and Ravindra Jadeja starred in that game, scoring an unbeaten 175 before picking up nine wickets in two innings combined to win the Player of the Match award. India posted 574 for 8 declared before Sri Lanka were bowled out for 174 and 178 as the game ended in three days.

Rishabh Pant too starred in the game scoring 96, while R Ashwin made 61 and Hanuma Vihari made 58. It was a special game for Ashwin as he went past Kapil Dev’s tally of 434 wickets to become India’s second-highest wicket-taker in Test cricket.

All-rounder Axar Patel has been added to the squad for the Test in place of Kuldeep Yadav.

India have played one day-night Test at home prior to this when they defeated Bangladesh in 2019 in Kolkata.

India are fifth in the ICC World Test Championship, while Sri Lanka are third. The Karnataka State Cricket Association has allowed has allowed 100 per cent crowd attendance for the game.