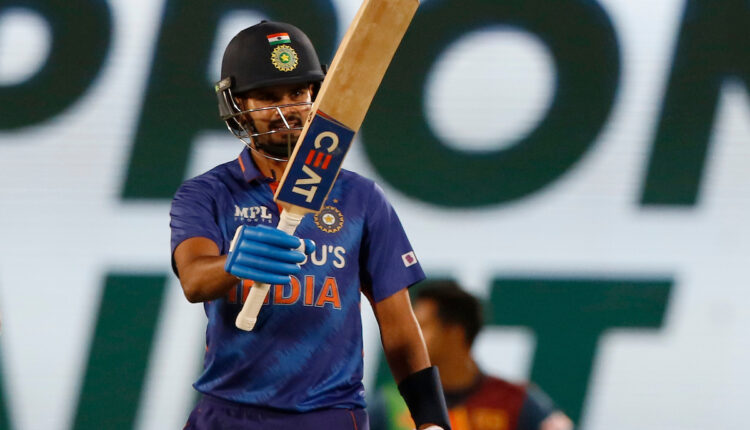 Dharamsala: Another blistering inning from Shreyas Iyer (73) helped India to clinch the three-match T20 series 3-0 against Sri Lanka in the third T20I in Dharamsala on Sunday.

Shreyas Iyer brought up his second fifty along with Ravindra Jadeja (22) to give a pleasant victory to India by six wickets.

Iyer and Deepak Hooda batted superbly to help India reach 86/2 in 10 overs before the latter departed for 21 runs.

Indian opener Rohit Sharma was dismissed by Dushmantha Chameera early on in their chase of 147 runs while Sanju Samson soon edged one to the keeper to depart for 18 runs himself off Chamika Karunaratne’s bowling.

Batting first, Sri Lankan captain Dasun Shanaka’s explosive batting later in their innings propelled his team to a formidable total of 146/5 in 20 overs after opting to bat in the third T20I.

Earlier, Pacers, as well as spinners, continued to apply the pressure as Team India dominated play with the only fight coming from opposition skipper Dasun Shanaka, who scored a brilliant fifty.

The duo of Mohammed Siraj and Avesh Khan claimed three early wickets followed by Ravi Bishnoi and Harshal Patel, who pitched in with one wicket each early in the innings.