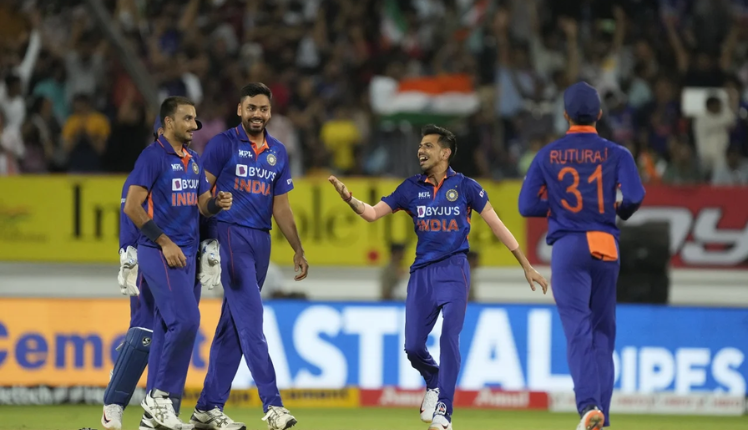 India Vs South Africa: All Set For A Thrilling Final

Bengaluru: An exciting encounter ahead as India take on South Africa in the series-deciding fifth and final T20I at Bengaluru on Sunday (June 19). Both teams have taken two games each in the 5-match series.

Dinesh Karthik’s swashbuckling knock of 55 off 27 and Avesh Khan’s 4-18 with the ball ensured a series-levelling 82-run win for India in the fourth T20I at Rajkot.

“When I went in, Hardik told me to bide my time. To execute things well is great. To go and be a local boy in Bengaluru, despite not representing RCB, is a thrill. The series is on the line which is great. Rahul Dravid has focused on what batters and bowlers need to do and not the results, the dressing room is secure and feels fuzzy which is good. That clarity and environment has helped,” Dinesh Karthik said at the end of the fourth T20I.

In the 19 games between the two sides in T20Is, India have been victorious on 11 occasions while South Africa have won eight times.

Six laning of Bengaluru Nidaghatta Section of NH-275 is progressing ahead with lots of promises: Nitin Gadkari

PM Modi To Embark On 2-Day Karnataka Visit From Monday