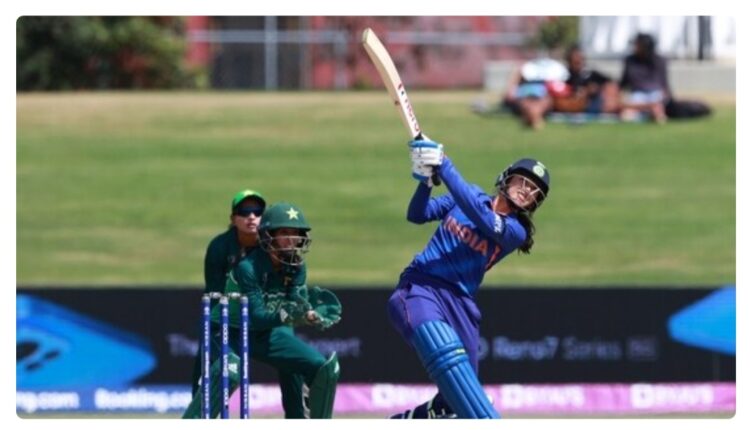 New Zealand: India skipper Mithali Raj won the toss at the Bay Oval and opted to bat against Pakistan in the former’s opening tie of the tournament. Team India get their 2022 ICC Women’s World Cup campaign underway against their neighbours in Mount Maunganui and will be aiming to make a winning start. The side comes into the tournament on the back of a heavy bilateral series defeat to hosts New Zealand.

India have picked themselves up immensely well with Smriti Mandhana and Deepti Sharma shouldering the responsibility with a brilliant unbeaten 50-run stand for the second wicket. Earlier, India lost the key wicket of Shafali Verma early-on in the match.

The Indian women’s cricket team will hope its bowlers find top form to complement a solid batting unit’s efforts. Runners-up in the 2017 and 2005 editions, India are eager to go one step ahead and claim the title that has eluded them, especially skipper Mithali Raj and veteran pacer Jhulan Goswami, who are playing their last World Cup. A