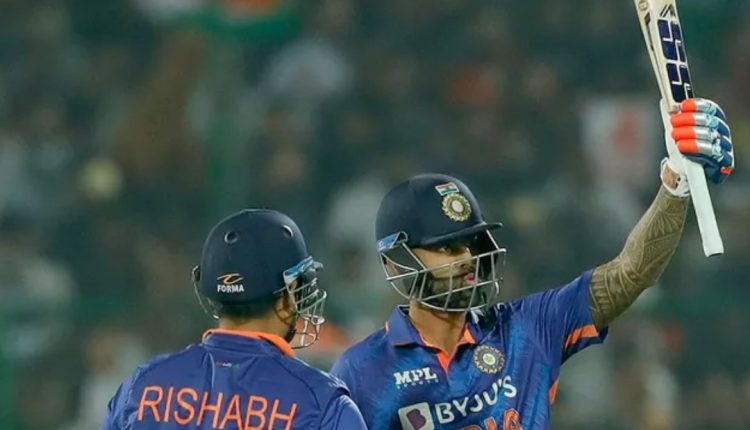 Jaipur: The nail-biting match turned into a victory for team India as wicket-keeper batsman Rishabh Pant fought till the last with the tail-enders to chase 165 runs.

Earlier, Rohit Sharma got out after setting up the tone in the chase of 165 runs vs New Zealand in the first game of the three-match T20I series.

Rohit added 59 runs with Suryakumar Yadav for the second wicket and stitched to a 50-run opening partnership with KL Rahul.

Batting first, New Zealand had put 164 runs on the board for the loss of 6 wickets in 20 overs vs India in the first game of the three-match T20I series at Sawai Mansingh Stadium in Jaipur.

After being sent to bat, Guptill top-scored for New Zealand with his impressive knock of 70 runs. Guptill added 109 runs with Mark Chapman (63).

For India, Ravichandran Ashwin was the best bowler with his figures of 2/23 while Bhuvneshwar Kumar has also picked two wickets.