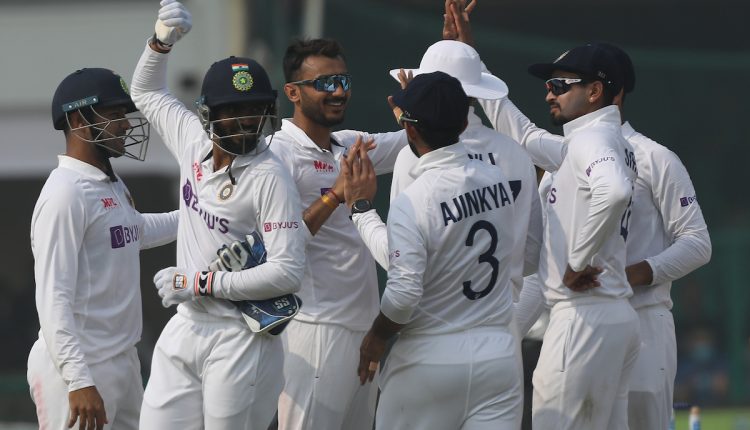 Kanpur: A good start for New Zealand did not prove ‘well one’ for the entire batting lineup as the visitors wrapped up by adding only 167 runs to their innings on third day of Kanpur test.

India bowled out New Zealand for 296 runs to take 49-run first-innings lead and the former scored 14 runs, losing one wicket.

Axar Patel was the best bowler for India on Day 3 as he registered his fifth five-wicket haul.

He picked up his 5-wicket haul by getting Tim Southee with a ball that spun from middle to hit the top of off-stump.

Before the Tea break, Axar brought India back into the contest, removing Ross Taylor (11), Henry Nicholls (2) and opener Tom Lathan (95 off 282 balls) within a space of 13 runs to completely upset their rhythm.

Apart from Axar, Ravichandran Ashwin picked three wickets while Ravindra Jadeja and Umesh Yadav got one wicket each against the Blackcaps.

Tom Latham top-scored for New Zealand with his 95 runs and he added 151 runs with Will Young for the first wicket.
Earlier, India were bowled out for 345 runs in their first innings where Shreyas Iyer smashed a century on his debut.

Need To Be Proactive In Light Of New Variant, Says PM Modi