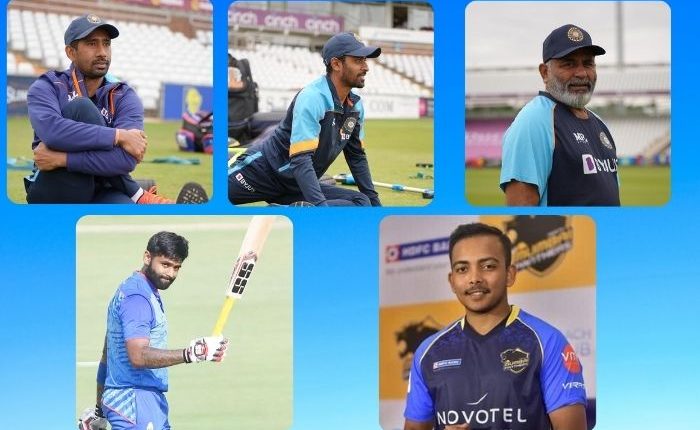 Mumbai: The Board of Control for Cricket in India (BCCI) informed on Saturday that Wriddhiman Saha, Abhimanyu Easwaran, and Bharat Arun, the close contacts of India’s Covid-positive throwdown specialist Dayanand Garani, have completed their 10-day isolation in London and joined the remaining squad in Durham.

The trio was sent in precautionary isolation after Garani’s test report returned a positive result on July 15. Saha and Easwaran had missed India’s 3-day tour match versus County Select XI due to the same reason.

Wicketkeeper-batsman Rishabh Pant also contracted the virus during Team India’s 21-day break after the completion of the World Test Championship (WTC) final against New Zealand in Southampton. Pant has recovered and joined the squad in Durham.

Meanwhile, Suryakumar Yadav has received his maiden Test team call-up and he along with opener Prithvi Shaw will be flying to England as replacements sought by the team management after three players were ruled out due to injury.

While Shubman was ruled out due to shin splints suffered during the World Test Championship final against New Zealand, Avesh dislocated a thumb during the warm-up game against County XI. Washington aggravated his finger injury.