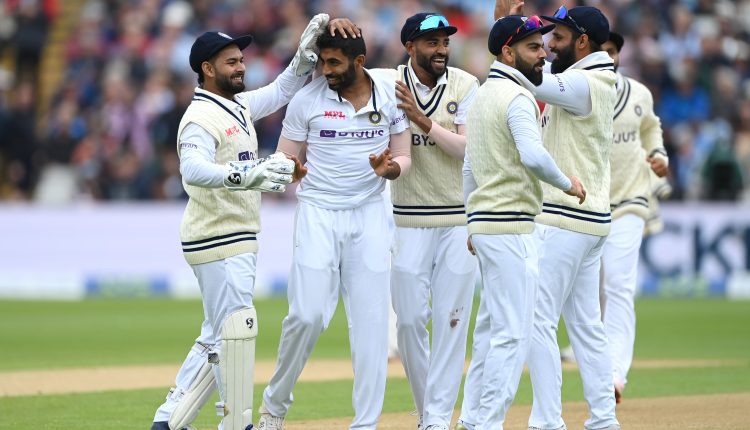 Birmingham: India reduced England to 84/5 on Day 2 of the ongoing fifth Test at Edgbaston, Birmingham as Captain Bumrah and Mohammed Siraj dismissed key wickets of the home team.

Bumrah led from the front as he dismissed England openers Alex Lees and Zak Crawley before claiming the wicket of Ollie Pope to put India in complete control against the hosts.

The stand-in India captain was on top his powers on Saturday with his all-around abilities. Before shining with the ball, Bumrah had scored a quickfire 31 not out off 16.

Earlier, Rishabh Pant (146) and Ravindra Jadeja (104) hit centuries as India posted a total of 416 all out against England.

The visitors had resumed their first innings play from the overnight score of 338 runs for seven wickets. England versus India one-off Test is the 5th Test from last year’s tour, which was postponed due to COVID-19.

India lead the series 2-1. Last year, during England’s tour in August-September, India was scheduled to play five Tests against England.