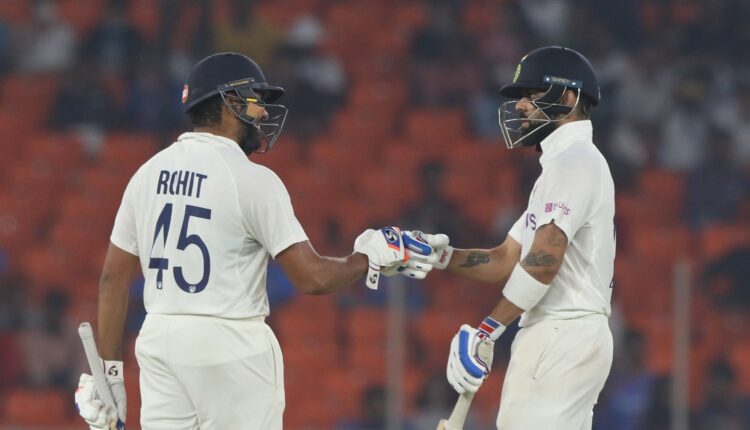 Ahmedabad: The Indian cricket team put themselves in a solid position in the 3rd Test against England with the help of Rohit Sharma’s unbeaten 50 along with Ajinkya Rahane that took the host to a 99/3 at stumps.

Axar Patel’s devastating six-wicket haul bundled England out for 112 before Rohit Sharma’s languid elegance shone through in an unbeaten half century that handed India the edge on the opening day of the day-night third Test in Ahmedabad on Wednesday.

Before this, it was a nightmare that unfolded for England with the 47-run stand for the third wicket being their best.