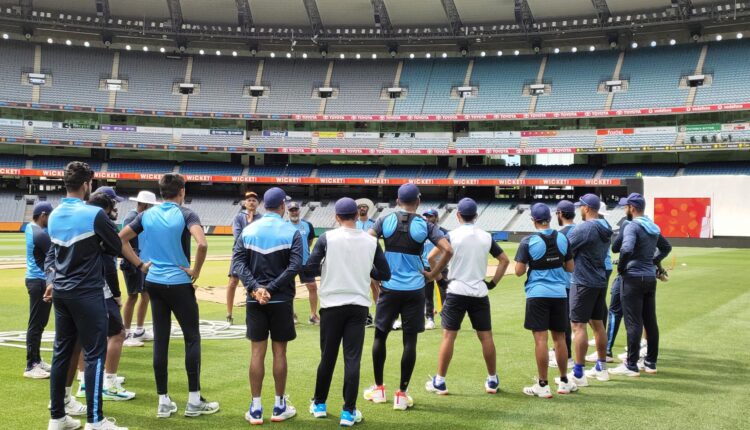 India Vs Australia: Ajinkya Rahane And Co Begin Preparation Ahead Of Boxing-Day Test

Melbourne: Skipper Ajinkya Rahane along with Shubman Gill and others began his preparation ahead of Boxing-Day Test. The Indian team after a crushing eight-wicket defeat on Saturday has now switched its focus to red-ball cricket.

Among those who first hit the nets included Rahane, Cheteshwar Pujara, Mayank Agarwal and Ravindra Jadeja. Test hopeful Shubman Gill and the struggling Prithvi Shaw also sweated it out.

We are in Melbourne and now as the red-ball Tests start, it is time to regroup. 💪 #TeamIndia pic.twitter.com/aYGi2GHeta

Shaw was out in similar fashion in both the innings of the Adelaide Test after leaving a gap between the bat and pads to be bowled which led to heavy criticism. There have been calls to replace him with Shubman Gill who hit a fifty in a tour match against Australia A before the start of the series.

However, it’s still not clear whether Gill will make his Test debut at the Melbourne Cricket Ground or if Shaw will be given another chances despite twin failures.