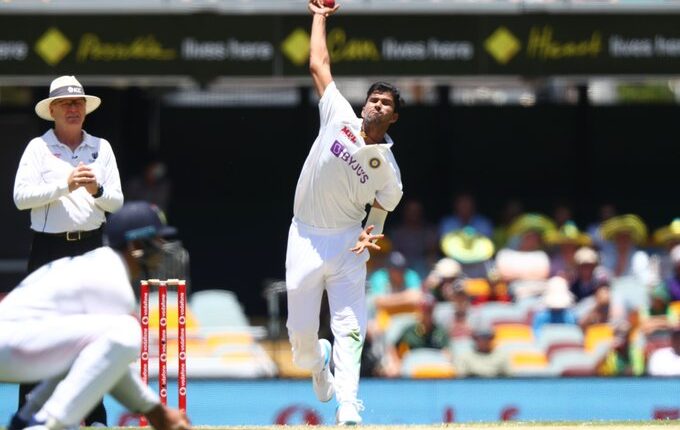 Brisbane: The 4th and final test match between India and Australia began at The Gabba in Brisbane today where Australia have found their footing against India on Day 1.

An Indian side ravaged with injuries is facing Australia in the fourth Test at the Gabba Stadium in Brisbane. Mayank Agarwal, Washington Sundar, Shardul Thakur and T Natarajan all come into the Indian side, while Australia made one change, with Marcus Harris replacing Will Pucovski.

The hosts won the toss and elected to bat. Mohammed Siraj registered the early crucial wicket of David Warner.

Washington Sundar, who debuted in the series decider, got his maiden wicket by sending Steve Smith back as Rohit Sharma grabbed the ball that was flicked by the batsman.

With the Border-Gavaskar series tied 1-1, all hinges on the last match.