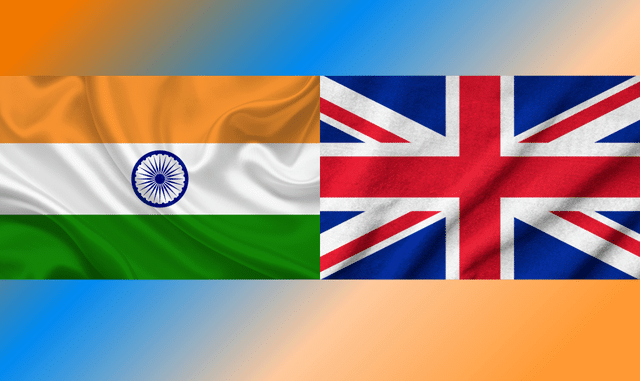 Both countries agree to share experiences related to use of technology in case management, justice dispensation and enforcement of contracts

New Delhi: During the recent meeting of India-UK Joint Consultative Committee (JCC), a broad agreement was reached to facilitate exchange of experiences and best practices in the area of  working of commercial courts, alternate dispute resolution mechanisms like arbitration and mediation, use of technology in case management,  justice dispensation and enforcement of contracts and in area of simple legislative drafting. It was further agreed that training and capacity enhancement programmes would be conducted in reputed Institutes for legal advisers, draftsman, judicial officers, prosecutors and legal professionals and in time bound manner.

The Government of India and United Kingdom had on 10th July 2018 entered into a MoU for promoting cooperation between both countries, in the sphere of Law and Justice. A Joint Consultative Committee (JCC) has been constituted in terms of the MoU to carry out its objectives by firming up the way forward in areas of cooperation. The third in-person meeting of the JCC was held at New Delhi on 18th August 2022 at New Delhi.

The Indian delegation was led by Dr. Niten Chandra, Law Secretary. Senior officers of the Department of Legal Affairs, Legislative Department and Department of Justice, Member Secretary NALSA and Director Indian Law Institute, New Delhi participated in the deliberations from the Indian side. The UK side was led by Dr. Jo Farrar, Second Permanent Secretary, Ministry of Justice, Government of UK. She was accompanied by Senior officers of Ministry of Justice and British High Commission at New Delhi. Both the Leaders Co-chaired the meetings.

As regards the subject of framing regulations for entry of UK Law Firms and Lawyers under the MoU was concerned, the same was discussed separately in the Legal Services Committee (LSC) meeting held later in the day on 18th August 2022. The Committee consists of officers of both the countries as stated above, and representatives of the Bar Council of India (BCI) and the Law Society of England and Wales.    The Legal Services Committee in its meeting  recalled the outcome of the   India-UK virtual summit held on 4th May, 2021, between the Hon’ble Prime Ministers of India and UK and the launch of the ‘Enhanced Trade Partnership’ (ETP) to unleash the trade potential between the two countries who had also agreed to facilitate each other’s market-access concerns including the opening of  legal services sector in India, on reciprocal basis.

The LSC deliberations were also attended by the British High Commissioner to India,  H.E. Alex Ellis. The meeting was held in a cordial atmosphere wherein both the sides appreciated each others concern to the challenges in the opening of the legal services sector. The President Law Society of England and Wales along with her team joined the meeting virtually.  She explained in detail the regulations which determine the areas of court practice and legal advice by non UK qualified lawyers. Secretary BCI, emphasised about the responsibilities vested in the Council to protect the rights, privileges and interest of lawyers, whom they represent.  However, the representatives of both the countries appreciating the potential benefits of the opening up of legal services sector to the respective economies, agreed in principle to work together to find common ground for benefit of all stakeholders.