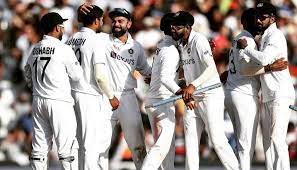 India To Tour SA For 3 Tests And 3 ODIs; T20Is To Be Played At Another Time: BCCI Secretary Jay Shah

New Delhi: Amid the Omicron scare, some changes have been made in the schedule of the Indian team heading for the South Africa tour. According to the Board of Control for Cricket in India (BCCI) secretary Jay Shah, the Indian team will tour SA for three Tests and three ODIs, however, the T20Is will be played at another time.

The tour of South Africa will now begin with revised dates, with the first Test now starting on December 26.

In the original schedule, the Tests were to start on December 17, 26 and January 3 in Johannesburg, Centurion and Cape Town respectively, followed by the three ODIs on January 11, 14 and 16.

Two Killed, One Injured In Road Mishap In Angul