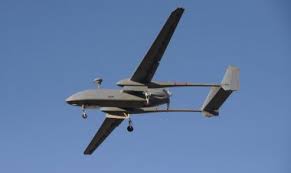 India to purchase 30 armed drones from US to counter China, Pak

New Delhi: India will purchase 30 armed drones from the US to boost its sea and land defenses following tensions with China and Pakistan.

According to official sources the deal amounts to $3 billion for purchasing 30 MQ-9B Predator drones manufactured by San Diego-based General Atomics. The deal would add to India’s military capabilities as the drones can be used for surveillance and reconnaissance.

Sources said India is emerging as a strategic defense partner for the US especially countering Chinese influence in the Indian Ocean and some areas of Southeast Asia.

The MQ-9B drone can fly for about 48 hours and carry a payload of about 1,700 kilograms (3,700 pounds). It will give the Indian Navy the ability to better monitor Chinese warships in the southern Indian Ocean and equip the army to engage targets along the disputed India-Pakistan border in the Himalayas.