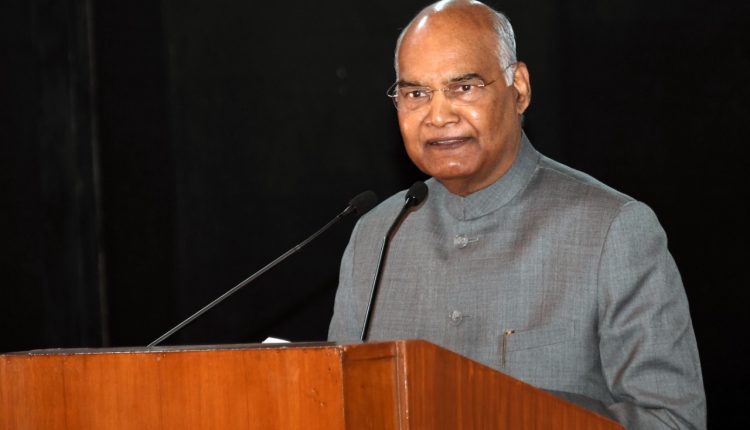 India To Announce And Award Its Cleanest Cities On Nov 20

In line with Prime Minister Narendra Modi’s vision of a Garbage Free India under Swachh Bharat Mission-Urban 2.0, the ceremony will also award cities certified under the Star Rating Protocol for Garbage Free Cities. The Mahotsav will also pay tribute to the sanitation workers by recognising top performing cities under the Safaimitra Suraksha Challenge earlier initiated by the Ministry. This is a major landmark since launch of SBM-U 2.0 by Hon’ble Prime Minister on 1st October, 2021.

The scale of Swachh Survekshan is evidenced in the consistent increase in the number of cities over the years. From surveying 73 major cities in 2016, 4,320 cities have participated in 2021, the 6th edition of Swachh Survekshan which has become became the world’s largest urban cleanliness survey. The success of this year’s survey can be gauged through the unprecedented number of citizen feedback received this year – over 5 crores, a marked increase from last year’s 1.87 crores. The 2021 edition was conducted in record time of 28 days despite several on-ground challenges owing to the COVID pandemic. There have been significant on-ground improvements in performance of States and cities, as compared to the previous year.  For example,

A similar rigour was observed in the certification process under the Star Rating Protocol of Garbage Free Cities, a SMART framework introduced in 2018 by MoHUA to holistically evaluate cities across waste management parameters. In 2018, only 56 cities were awarded certification on some star rating. This year, the number has gone up manifold, to 342 cities (with 9 five-star cities, 166 three-star cities, and 167 one-star cities). Moreover,  this year’s certification process witnessed participation of 2,238 cities signaling urban India’s commitment towards the vision of Garbage Free India.

Swachh Amrit Mahotsav is a reaffirmation of SBM-U’s steadfast focus to improve the lives of Safaimitras, the frontline soldiers in the Swachhata journey. The award ceremony will salute the efforts of the top performing cities under the ‘Safaimitra Suraksha Challenge’, an initiative introduced last November by MoHUA to ensure safety and dignity of sewer and septic tank cleaners and eradicating the menace of hazardous cleaning from the urban sanitation lexicon. A total of 246 cities were part of this first of its kind assessment process that is today propelling the ‘manhole to machine hole’ revolution in urban India, focused around “zero-human casualty” while cleaning sewers and septic tanks.

The award ceremony, to be attended by a host of dignitaries, including Shri Hardeep Singh Puri, Union Minister of Housing & Urban Affairs, Shri Kaushal Kishore, Minister of State, MoHUA, Chief Ministers, Urban Development Ministers and Mayors from across the country, will see over 300 awards being presented across categories. Nearly 1,200 guests comprising diplomats, state and city administrators and senior officials, sector partners and brand ambassadors, NGOs and CSOs, will attend the event while citizens from across India would be joining in virtually to witness this occasion. Apart from felicitating States and cities, Swachh Amrit Mahotsav has lined up an array of initiatives to be launched under the umbrella of SBM-U 2.0.

Over the last seven years, the Mission has reached all corners of the country changing the lives of countless citizens with its ‘people first’ focus. The Mission has transformed the sanitation space in urban India by building over 70 lakh toilets, providing safe and dignified sanitation solutions for all. SBM-U has prioritized the needs of women, transgender communities, and persons with disabilities (Divyangs). The Mission is moving on the path of sustainable sanitation with over 3,000 cities and over 950 cities being certified ODF+ and ODF++ respectively. Cities are also progressing towards Water+ certification which entails treatment of wastewater and its optimum reuse. The thrust on scientific waste management is evident, with waste processing in India going up by over four times from 18% in 2014 to 70% today. More importantly, the Mission has been able to bring about a marked difference in the lives of sanitation workers and informal waste workers. The active participation of 20 crore citizens (comprising over 50% of India’s urban population) in the program has successfully turned the Mission into a people’s movement.

Swachh Bharat Mission-Urban 2.0, launched on 1st October, 2021 will focus on ensuring complete access to sanitation facilities for all. Complete liquid waste management in cities in less than 1 lakh population – a new component introduced under SBM-Urban 2.0, will ensure that all wastewater is safely contained, collected, transported and treated so that no wastewater pollutes our water bodies. In the area of solid waste management, there will be a greater focus on source segregation, setting up of Material Recovery Facilities, and waste processing facilities with concentrated efforts on phasing out single use plastic, setting up of construction & demolition (C&D) waste processing facilities and deployment of mechanical sweepers in National Clean Air Programme (NCAP) cities and in cities with more than 5 lakh population. Remediation of all legacy dumpsites with the objective of making cities Garbage Free is another critical component under SBM-U 2.0. SBM-U 2.0 will prioritise the well-being of sanitation and informal waste workers. Through intensive Information, Education & Communication (IEC) and behaviour change activities, the Mission will further intensify and strengthen the ‘Jan Andolan’ or people’s movement that SBM-U has become synonymous with.

Swachh Amrit Mahotsav is therefore not only a fitting salute to the unwavering dedication of cities towards Swachhata but also a clarion call to urban India to recommit their pledge towards building a cleaner, healthier and more inclusive ecosystem for all.