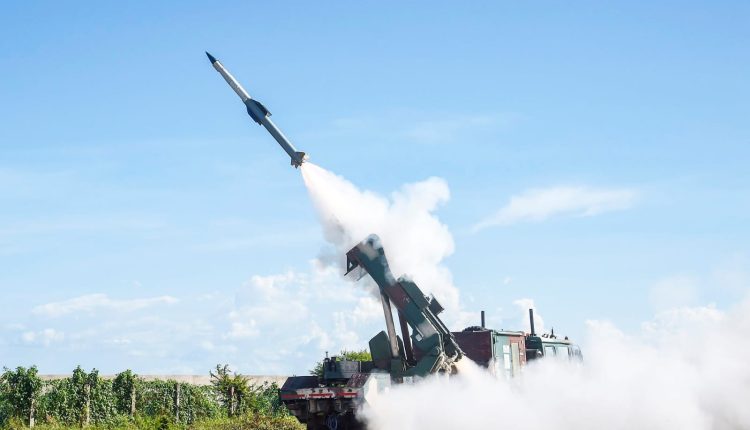 The missile accurately hit an airborne target and neutralised it, the official said.

With this, DRDO successfully completed six flight tests of QRSAM.

According to reports, the flight tests have been conducted as part of evaluation trials by the Indian Army.

During the test, all the mission objectives were met establishing pin-point accuracy of the QRSAM weapon system with state-of-the-art guidance and control algorithms including the warhead chain.

The system’s performance has been confirmed from the data captured by a number of Range instruments like Telemetry, Radar and Electro-Optical Tracking Systems (EOTS) deployed by ITR.

The QRSAM is a Short Range Surface to Air Missile system designed to protect moving armoured columns from aerial attacks. The entire weapon system is configured on highly mobile platforms and is capable of providing air defence on the move.

The QRSAM has a maximum range of 30 km (19 mi) and can intercept targets flying at 10 km (6.2 mi) altitude. According to DRDO, currently the QRSAM has 90% indigenous component, which is projected to increase 99% incrementally.

G20 Summit Will Showcase India To The World: EAM S…