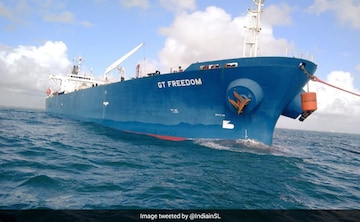 They will be distributed among vulnerable families in different parts of the country, the Indian Embassy said in a statement.

India extended an additional USD 500 million credit line to Sri Lanka last month to help the neighbouring country import fuel as it has been struggling to pay for imports after its foreign exchange reserves plummeted sharply in recent times, causing a devaluation of its currency and spiralling inflation.

India on Saturday provided another 40,000 metric tonnes of diesel to Sri Lanka under the credit line facility.

Sri Lanka is near bankruptcy and has severe shortages of essentials from food, fuel, medicines and cooking gas to toilet paper and matchsticks. For months, people have been forced to stay in long lines to buy the limited stocks.