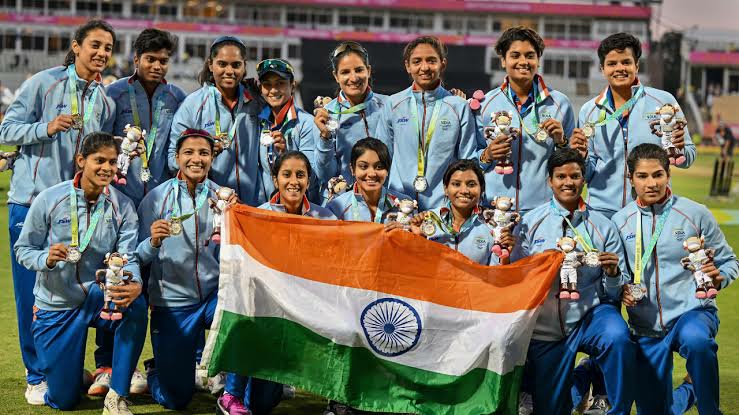 Chasing a total 0f 162, India lost Smriti Mandhana and Shafali Verma cheaply. Harmanpreet added 96 runs for the third wicket with Jemimah Rodrigues before the latter lost her wicket on 33. Harmanpreet and Pooja Vastrakar were dismissed off consecutive deliveries by Ashleigh Gardner, putting Australia in control of the proceedings. After that, India kept on losing wickets at regular intervals, and were bowled out for 152 in 19.3 overs. Earlier, Beth Mooney’s 61 off 41 guided Australia to 161 for 8 in 20 overs. Radha Yadav had turned the game in India’s favour with her superb fielding. She first ran out Meg Lanning and then took a sensational catch to dismiss Tahlia McGrath.

This happened after a good attack from Mooney and Lanning had helped Australia rebuild their innings after suffering early blow. Renuka Thakur had struck early to dismiss Alyssa Healy. Australia skipper Lanning won the toss and opted to bat first against India in the ongoing final match at CWG 2022.

Jyotiraditya M. Scindia flags off the first flight of Akasa Air from Mumbai to Ahmedabad