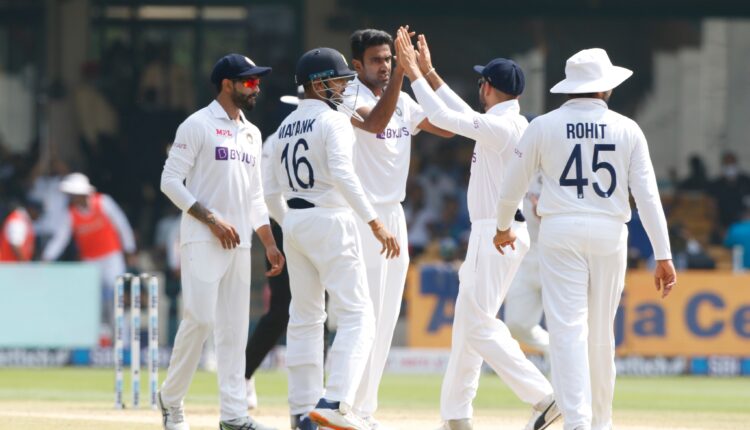 Bengaluru: India registered a comprehensive win over Sri Lanka on Day three of the second Test at the M Chinnaswamy Stadium in Bengaluru.

India defeated Sri Lanka by 238 runs, however, visiting team’s skipper Dimuth Karunaratne continued to fight a lone battle for the visitors as he hit a century after Tea.

Chasing 447, Sri Lanka were bowled out for 208 on the third day of the second and the final Test but they will take some pride in Dimuth Karunaratne’s fighting 107 and a fine 57 by Kusal Mendis.

Rohit Sharma relied on his most potent strike bowlers to remove the two well-set Sri Lankan batsmen on what turned out to be the final day of the Test and the series.

While R Ashwin got rid of Mendis, Bumrah dismissed Karunaratne as India charged towards their 15th successive Test series win at home.