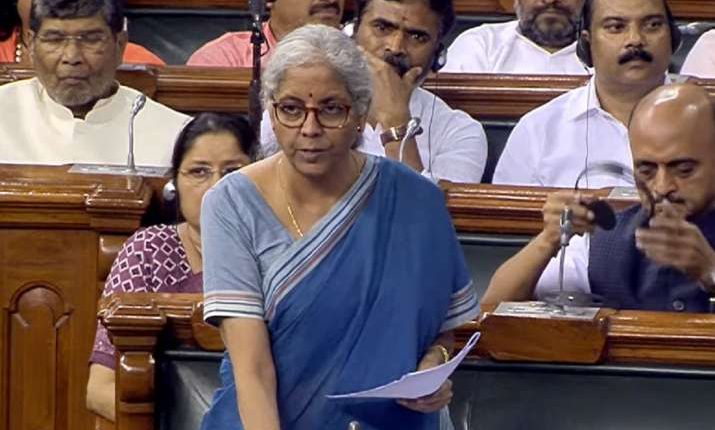 New Delhi: Finance Minister Nirmala Sitharaman said, over the price rise issue, in Lok Sabha on Monday that India remains the fastest growing economy in the assessment by global agencies and there is no question of the country going into stagflation and recession.

The Finance Minister said, the global supply chain was badly disrupted due to Covid-19 and despite that India could keep the inflation below seven per cent.

Referring to the previous UPA rule, she said there was more than nine per cent inflation for 22 months during the UPA government. During that time inflation was in double-digit for nine-time, she said.

Earlier, participating in the debate, Congress leader Adhir Ranjan Chowdhury asked whether the country is heading towards stagflation as, he claimed, the country’s economy is very precarious.
He said income from agriculture has decreased against the government’s promise of doubling farmers’ income by 2022.