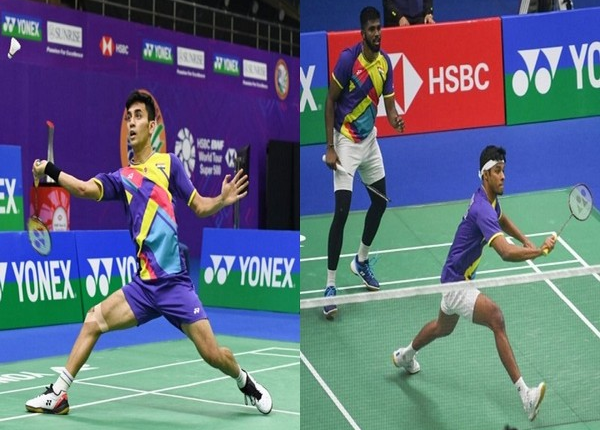 Bangkok: Despite putting up a strong fight in Bangkok, India missed out on the top spot in Group C of Thomas Cup 2022 after losing to Chinese Taipei in their final group-stage tie on Wednesday.

India have already qualified for the quarter-finals after comprehensive 5-0 wins over Germany and Canada 5-0.

The draw for the quarter-finals will be made before the teams begin the last-eight round action later this week.

India went down 0-1 early in the tie as World Championship bronze medalist Lakshya Sen lost to World No.4 Chou Tien Chen in straight games. Sen, who was rested for the tie against Canada on Tuesday, fought back after losing the opening game but he was not able to close out the decider. Chen completed a 21-19, 13-21, 21-17 in an hour and 20 minutes in the marathon battle.

Satwiksairaj Rankireddy and Chirag Shetty, India’s top-ranked doubles pairing, were blown away by the World No. 3 pairing of Lee Yang and Chi-Lin Wang 21-11, 21-19 in 40 minutes.

In a must-win match, the 2nd men’s singles contest, Kidambi Srikanth continued his perfect run in the tournament, hammering Tzu Wei Wang 21-19, 21-16 to make it 1-2 in the tie.

However, MR Arjun and Dhruv Kapila went down fighting in the decisive match, the 2nd men’s doubles contest in the Group C tie.

HS Prannoy took on Lu Chia Hung and the Indian shuttler opened the match with a commanding win in the first game. Prannoy won the dead rubber 21-18, 17-21, 21-18 and took 1 hour and 7 minutes to get home. Despite his win, India lost the tie to Chinese Taipei.

Earlier in the day, India women were blanked 0-5 by Korea in their final Group D tie in the Uber Cup. PV Sindhu lost to An Seyoung for the 4th successive time on the tour as India headed to the quarterfinals on the back of a heavy defeat.