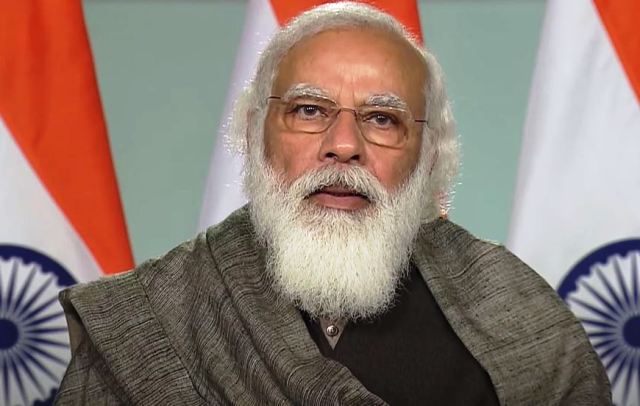 Speaking on the occasion, the Prime Minister said that Swami Vivekananda named the journal Prabuddha Bharata to manifest the spirit of our nation. Swami ji wanted to create an ‘Awakened India’, beyond just a political or territorial entity. “Swami Vivekananda saw India as a cultural consciousness that has been living and breathing for centuries”, said the Prime Minister.

Referring to Swami Vivekanand’s letter to the Maharaja of Mysore and to Swami Ramakrishnananda. the Prime Minister underlined two clear thoughts in  Swami Ji’s approach to empowering the poor. First, he wanted empowerment to be taken to the poor, if the poor themselves cannot easily go to empowerment. Second, he said about India’s poor, “They are to be given ideas; their eyes are to be opened to what is going on in the world around them; and then they will work out their own salvation.” The Prime Minister asserted that this is the approach with which India is moving ahead today. “If the poor cannot access banks, then banks must reach the poor. That is what the Jan Dhan Yojana did. If the poor cannot access insurance, then insurance must reach the poor. This is what the Jan Suraksha schemes did. If the poor cannot access health-care, then we must take health-care to the poor. This is what Ayushman Bharat scheme did. Roads, education, electricity and internet connectivity are being taken to every corner of the country, especially to the poor. This is igniting aspirations among the poor. And, it is these aspirations that are driving the growth of the country” the Prime Minister emphasized.

Shri Modi said that India’s proactive stance during the COVID-19 pandemic is an example of Swamiji’s approach of not feeling helpless in a crisis. Similarly, instead of complaining about the problem of Climate Change, India went for a solution in the form of the International Solar Alliance. “This is the Prabuddha Bharata of Swami Vivekananda’s vision being built. This is an India which is giving solutions to the world’s problems”, Shri Modi pointed out.

The Prime Minister expressed happiness that  Swami Vivekananda’s big dreams for India and his immense faith in India’s youth is reflected in India’s business leaders, sportspersons, technocrats, professionals, scientists, innovators and so many others. The Prime Minister asked the youth to move ahead by following Swamiji’s advice in his lectures on Practical Vedanta where he talks about overcoming setbacks and to see them as a part of the learning curve. The second thing that must be instilled in people is: To be fearless and to be full of self-belief. Shri Modi also asked the youth to follow Swami Vivekananda who achieved immortality by creating something of value for the world. The Prime Minister also pointed out that Swami Vivekananda did not see spiritual and economic progress as mutually exclusive. Most importantly, he was against the approach where people romanticise poverty. Terming Swami Ji as a spiritual giant, a highly elevated soul, The Prime Minister stressed that he did not renounce the idea of economic progress for the poor.

Shri Modi concluded that Prabuddha Bharata has run for 125 years, spreading Swami Ji’s ideas.  They have built upon his vision of educating the youth, and awakening the nation. It has contributed significantly towards making Swami Vivekananda’s thoughts immortal.

US puts off plan to give virus vaccine to Guantanamo prisoners

Maoist gunned down in encounter in Malkangiri forest