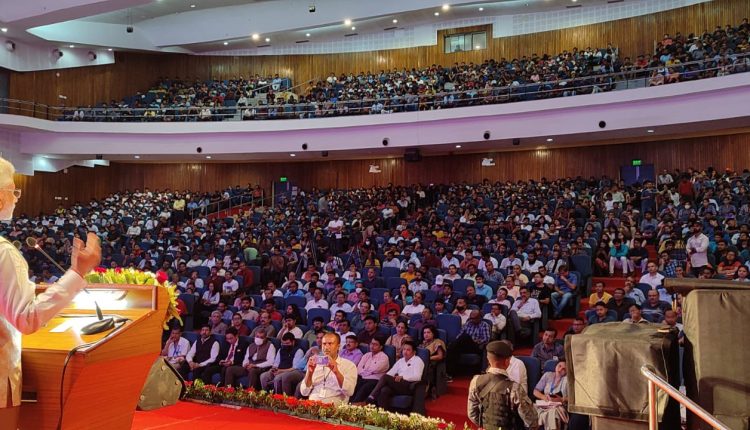 New Delhi: Minister of External Affairs Dr. S Jaishankar asserted that India firmly stands with its citizens who are staying abroad whenever they need help.

He said it gives them tremendous confidence during any crisis.

Interacting with the students and staff of IIT Guwahati today, the Union minister said that the world has witnessed this during the COVID situation and Russia- the Ukraine war when India evacuated its citizens.

Dr. Jaishankar said that diplomacy is the first line of defence and every society needs to be secured. He also reminded us that peace and stability were brought to the North East region with the help of diplomacy.

On the issue of immigration from Myanmar to Mizoram, he mentioned that efforts are being made by New Delhi to solve the root cause of the problem. He further said that India is capable of protecting its interest without being selfish.

On the occasion, Assam Chief Minister Himanta Biswa Sarma said that IIT Guwahati has made remarkable progress in the field of research during the COVID period. He said that North East has seen tremendous development since 2014 under the leadership of Prime Minister Narendra Modi. Mr. Sarma said that now New Delhi has come to Assam to solve the problems of the state which is unprecedented.