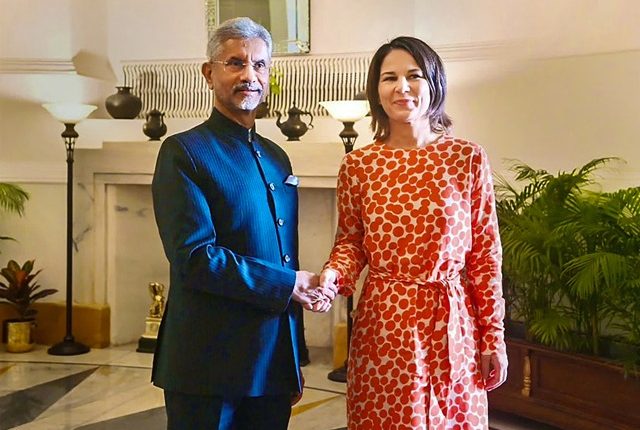 New Delhi: India and Germany on Monday inked a mobility partnership pact and held comprehensive discussions on key global challenges including the Ukraine conflict, situation in Afghanistan and cross-border terrorism emanating from Pakistan.

At a media briefing after talks with his German counterpart Annalena Baerbock, External Affairs Minister S Jaishankar strongly defended India’s import of crude oil from Russia while noting that it is largely driven by market forces.

Jaishankar also said that India’s position on the Ukraine issue is clear that this is not an era of war and that the conflict should be resolved through dialogue.  The visiting German foreign minister described India as a role model for many countries and noted that Berlin wants to bolster its security cooperation with New Delhi.

Asked about challenges facing the region from China, Baerbock said there is a need to asses the threats while describing Beijing as a competitor and rival in many ways.

Jaishankar said the situation in Afghanistan and cross-border terrorism emanating from Pakistan figured in talks.